"There is one thing that can be said about A Fool and His Moneythat cannot be said about any other colume of investment advice:You will never make a penny from the information in this book. Nowork on the subject of personal finance has even tried to make thisclaim before. That is because works on the subject of personalfinance are all lying. John Rothchild is the only fully honestauthor in the genre."--from the Foreword by P. J. O'Rourke. A veritable gold mine of comic insight into the predicament of anaverage investor's avid pursuit of wealth, A Fool and His Money isJohn Rothchild's critically acclaimed personal account of a yeardevoted to investing his money in the markets. The entireinvestment world--its characters, institutions, customs, andmyths-passes under Rothchild's sharp and profoundly humorousscrutiny. Acclaim for A Fool and His Money "What makes this book so good is that Rothchild can explain thingslike naked puts . . . and leave the reader both edified andlaughing. . . . Witty, fast-paced, and educational."--TheWashington Post. "You'll relish John Rothchild's comic tale. . . . The book nearsguaranteed delight."--Newsday. "A Fool and His Money may be the funniest book about investing everwritten. It's a reader's capital gain."--New York Post. You set aside some money, quit your job, devote yourself entirelyto studying the markets, and start to invest. Then, through hardwork and your own magical intuition, you become so wealthy yourmajor concern is finding a fashionable hobby to soak up yourabundant leisure time. All in about a year. Now, thanks to this hugely entertaining and informative book, youcan live out the fantasy without risking your money, your job--oryour sanity. Since its acclaimed debut a decade ago, A Fool and His Money hasbecome a treasured investment classic. It's the comic, firsthandaccount of a first-time investor who sets out to make his wildestmoney dreams come true. In a surge of optimism and enterprise, financial writer JohnRothchild drops everything to devote an entire year to learning howto invest a modest sum of money. Motivated by a sincere desire toget rich, he undertakes his mission by systematically studying asmuch as he can about the markets and how they really operate. Hefearlessly asks the most basic questions, observes theprofessionals at work, studies the newsletters, makes investments,and reports back on everything--including his own highly personaland often hilarious reactions. With Rothchild as your guide through the marketplace, you will: * Eavesdrop as his broker explains in fluent double-talk why heshould buy a certain "hot stock" * Share in his buyer's remorse as Rothchild purchases an unknowntechnology company stock that puts him on an emotional rollercoaster * Be humbled as he enters the almighty Federal Reserve Bank andstruggles to understand its omnipotent power over his personalfinances * Witness the excitement and confusion of the Commodities Exchangeand find out what pork bellies really are * Hear firsthand the enigmatic and undoubtedly wise words ofvarious wizards of Wall Street * Sympathize with Rothchild as he explains his transactions to hisloved ones * Blush as he shamelessly attempts to deceive them. In a gesture of pure magnanimity, Rothchild also includes thehard-won bits of wisdom he calls his "25 Useful Tips"--whichinclude such sage advice as "Never buy anything from a broker at anairport"--and his handy "Fool's Glossary," which clarifies many ofthe technical terms used in the book. Clever, funny, and informative, A Fool and His Money will rewardinvestors at all levels of experience with a revelation on everypage. 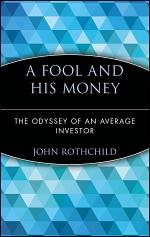 Authors: John Rothchild
Categories: Business & Economics
"There is one thing that can be said about A Fool and His Moneythat cannot be said about any other colume of investment advice:You will never make a penny from the information in this book. Nowork on the subject of personal finance has even tried to make thisclaim before. That 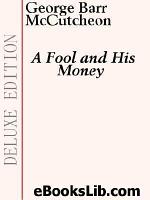 Authors: George Barr McCutcheon
Categories: Fiction
I am quite sure it was my Uncle Rilas who said that I was a fool. If memory serves me well he relieved himself of that conviction in the presence of my mother - whose brother he was - at a time when I was least competent to acknowledge his 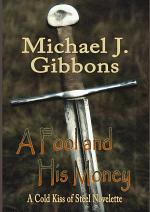 Authors: Michael J. Gibbons
Categories: Fiction
Gareth Sheppard, is a young farmer who yearns for a different life. He has romanticized about the life of a soldier and hopes to someday become one. When he is presented an opportunity to purchase his first sword, he struggles with a decision that could change his life forever. A 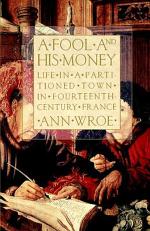 Authors: Ann Wroe
Categories: History
In A Fool and His Money, Ann Wroe brings to life a rich and perplexing culture of a city physically divided-as so many communities are today-by political factions in this skillful re-creation of fourteenth-century Rodez. Notes, bibliography. 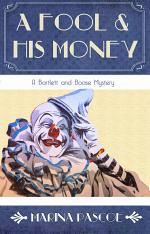 Authors: Marina Pascoe
Categories: Fiction
A Fool and His Money is the third volume in the Bartlett and Boase Mysteries, a warm-hearted series of detective stories that hearken back to the Golden Age of crime fiction. 1924, Cornwall. When a man is found dead from gunshot wounds on Hunter's Path, a picturesque spot in Falmouth,