It is strange that I can never think of writing any account of my life without thinking of Pauline Mills and wondering what she will say of it. Pauline is rather given to reading the autobiographies of distinguished people—unless she has left off since I disappointed her—and finding in them new persuasions of the fundamental lightness of her scheme of things. I recall very well, how, when I was having the bad time of my life there in Chicago, she would abound in consoling instances from one then appearing in the monthly magazines; skidding over the obvious derivation of the biographist's son from the Lord Knows Who, except that it wasn't from the man to whom she was legally married, to fix on the foolish detail of the child's tempers and woolly lambs as the advertisement of that true womanliness which Pauline loves to pluck from every feminine bush. There was also a great deal in that story about a certain other celebrity, for her relations to whom the writer was blackballed in a club of which I afterward became a member, and I think it was the things Pauline said about one of the rewards of genius being the privilege of association with such transcendent personalities on a footing which permitted one to call them by their first names in one's reminiscences, that gave me the notion of writing this book. It has struck me as humorous to a degree, that, in this sort of writing, the really important things are usually left out. I thought then of writing the life of an accomplished woman, not so much of the accomplishment as of the woman; and I have never been able to make a start at it without thinking of Pauline Mills and that curious social warp which obligates us most to impeach the validity of a woman's opinion at the points where it is most supported by experience. From the earliest I have been rendered highly suspicious of the social estimate of women, by the general social conspiracy against her telling the truth about herself. But, in fact, I do not think Mrs. Mills will read my book. Henry will read it first at his office and tell her that he'd rather she shouldn't, for Henry has been so successfully Paulined that it is quite sufficient for any statement of life to lie outside his wife's accepted bias, to stamp it with insidious impropriety. There is at times something almost heroic in the resolution with which women like Pauline Mills defend themselves from whatever might shift the centres of their complacency. 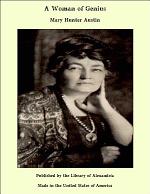 Authors: Mary Hunter Austin
Categories: Women / United States / Fiction
It is strange that I can never think of writing any account of my life without thinking of Pauline Mills and wondering what she will say of it. Pauline is rather given to reading the autobiographies of distinguished people—unless she has left off since I disappointed her—and finding in them 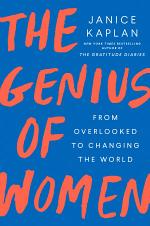 The Genius of Women

Authors: Janice Kaplan
Categories: Biography & Autobiography
We tell girls that they can be anything, so why do 90 percent of Americans believe that geniuses are almost always men? New York Times bestselling journalist and creator and host of the podcast The Gratitude Diaries Janice Kaplan explores the powerful forces that have rigged the system—and celebrates the

Authors: Mary Hunter Austin
Categories: Biography & Autobiography
It is strange that I can never think of writing any account of my life without thinking of Pauline Mills and wondering what she will say of it. Pauline is rather given to reading the autobiographies of distinguished people-unless she has left off since I disappointed her-and finding in them 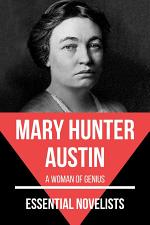 Authors: Mary Hunter Austin, August Nemo
Categories: Fiction
Welcome to the Essential Novelists book series, were we present to you the best works of remarkable authors. For this book, the literary critic August Nemo has chosen the two most important and meaningful novels of Mary Austin which are A Woman of Genius and The Lovely Lady. Mary Austin 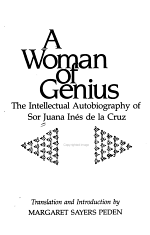 Authors: Sister Juana Inés de la Cruz
Categories: Literary Criticism
The contemporary English-language translation has been done by Margaret Sayers Peden, professor of Spanish-American literature at the University of Missouri, who is highly regarded for her literary translations of modern authors such as Carlos Fuentes, Pablo Neruda, Octavio Paz, and Horacio Quiroga. Mrs. Peden's detailed introduction to the volume gives