A renowned collector of Civil War photographs and a prodigious researcher, Ronald S. Coddington combines compelling archival images with biographical stories that reveal the human side of the war. This third volume in his series on Civil War soldiers contains previously unpublished photographs of African American Civil War participants—many of whom fought to secure their freedom. During the Civil War, 200,000 African American men enlisted in the Union army or navy. Some of them were free men and some escaped from slavery; others were released by sympathetic owners to serve the war effort. African American Faces of the Civil War tells the story of the Civil War through the images of men of color who served in roles that ranged from servants and laborers to enlisted men and junior officers. Coddington discovers these portraits— cartes de visite, ambrotypes, and tintypes—in museums, archives, and private collections. He has pieced together each individual’s life and fate based upon personal documents, military records, and pension files. These stories tell of ordinary men who became fighters, of the prejudice they faced, and of the challenges they endured. African American Faces of the Civil War makes an important contribution to a comparatively understudied aspect of the war and provides a fascinating look into lives that helped shape America.

African Americans in the Civil War

Authors: Kari A. Cornell
Categories:
This title examines the experiences of African Americans during the Civil War, including enslaved people, free men and women, and those who contributed to the Union war effort. Gripping narrative text, historic photographs, and primary sources make the book perfect for report writing. Features include a glossary, additional resources, source 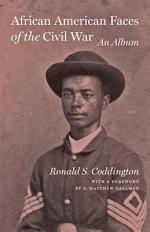 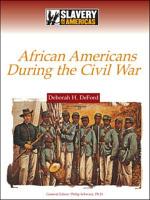 African Americans During the Civil War

Authors: Deborah H. DeFord, Philip Schwarz
Categories: African American soldiers
African Americans living in the time period directly preceding the Civil War were influenced by the constant tension between the North and the South. The aftereffects of the Civil War greatly affected African-American life as well. This work explores this intriguing time in American history. 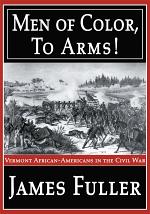 Men of Color, to Arms!

Authors: James Fuller
Categories: History
"Forward! Double-Quick!" and away we all rushed toward the fort... capturing two brass field pieces, one of which the rebels left loaded." A true account of Vermont men of color in battle during the Civil War. A barely known fact is that the tiny state of Vermont provided over one 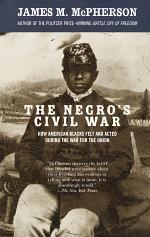 Authors: James M. McPherson
Categories: History
The Pulitzer Prize-winning historian and author of Battle Cry of Freedom draws on excerpts from speeches, letters, articles, and official documents to point out the military and political contributions and the feelings of African-Americans during the Civil War. Reprint.