The international cast of the Recreative Theatre Company meet for their end-of-season dinner at Ristorante Amatore. During the evening each guest recalls a past liaison, an encounter which has made an impression in their life: stories of love and tales of deceit. A common theme begins to unfold: hidden truths behind the motives for seduction. As the evening draws to a close emotions rise to the surface, declarations of love are expressed, jealousies and resentments run deep. Some will think of the evening as a success, others will regard it as a disaster. Chapter 1: Audition Determined to take the lead, Cordelia picks up a man at a bar in Berlin, takes him back to his hotel room and seduces him. Chapter 2: The VenetianFrustrated with her life in Venice, Chiara attempts to show her girlfriend, Lucia, just what her cheating husband is capable of. Chapter 3: Narcissus Through the WindowOne afternoon, while rehearsing her striptease in front of the mirror, Emily discovers she has an unwelcome spectator. Chapter 4: Blind Man's BluffAfter a successful drugs deal, Pierre attempts to trick his young companion only to discover later he is the one who has been well and truly duped. Chapter 5: The Waitress's Bus StopFreya is biding her time in Amsterdam when she is seduced by Ana, a German actress she meets in a caf�. But there is something strange about Freya: something she's hiding about her past.Chapter 6: BodyworkJane meets up with a man who reminds her of her past. She readily submits to his demands, finding sexual fulfilment through his aggressive and controlling personality. Chapter 7: Reflections on a JourneyThe prim and proper Miss Gray meets an elusive and handsome stranger on her regular train journey. Chapter 8: The VideoWhen a new scene opened in Colin's favourite pornographic film he was shocked to see his wife taking the starring role with two other performers. Chapter 9: Missing JournalsEarly one morning Dr Jethro Jenkins witnesses Frau Eisler seducing three young men working in the grounds of her villa. Chapter 10: The Garden CentreLucy Sutton, determined to seek revenge on her interfering neighbour, gets more than she dreams of when she employs a Swedish gardener from her local garden centre. Chapter 11: Pipe Dream Ashley is forced to hide in the airing cupboard and has no option than to watch her partner take a shower with the Afou. Chapter 12: Calle ManjonLuisa Rodriguez remembers the day she invited Merc� over for one of their games of S&M. Chapter 13: Business ProspectsAs a diversion from her dull routine, Dawn Bush travels to the city each week to work in a massage parlour. Chapter 14: La Belle CharenteWhen Aunt Nicole's reckless behaviour spirals dangerously out of control Dale is forced to acknowledge her true nature. Chapter 15: Post ScriptMichael describes his feelings as he watches Stephanie relieve her sexual frustration. Chapter 16: Masquerade Colette Durrent recalls the time when she and her tenant, Richard, have a special arrangement on rent day. Chapter 17: Sweet OfferingsMario Amatore is in a panic in the kitchen and enlists the help of the blind guest, Monsieur Raul. Chapter 18: Distant Relations Ana makes a shocking discovery about Freya and thinks back to the year before in Amsterdam. Chapter 19: Tactical Ruse Richard recalls the day when the twins convinced him their intentions for him were genuine. Chapter 20: Past Imperfect Rachael remembers how intrigued she was by her German student. Chapter 21: The DanceAs they dance to Ravel's Bolero, Rachael tells her partner about the dream of visiting her in the night. Chapter 22: Liaisons Some of the guests leave the restaurant together, excited by the thought of what is yet to come.Chapter 23: Monsieur Henri Charlotte tells how she spent a long hot summer in Brittany enamoured by the charming Monsieur Henri.

Authors: James Sillwood
Categories: Fiction
The international cast of the Recreative Theatre Company meet for their end-of-season dinner at Ristorante Amatore. During the evening each guest recalls a past liaison, an encounter which has made an impression in their life: stories of love and tales of deceit. A common theme begins to unfold: hidden truths

Authors: James Sillwood
Categories: Fiction
The first seven chapters from Amatore's Restaurant. This book takes the reader on an atmospheric journey from Berlin to Venice, Marseilles and Amsterdam cleverly interweaving themes of seduction and deception. What are the characters' true motives? Are their feelings genuine or are they just playing games? It soon becomes clear 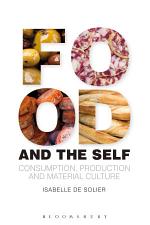 Food and the Self

Authors: Isabelle de Solier
Categories: Social Science
We often hear that selves are no longer formed through producing material things at work, but by consuming them in leisure, leading to 'meaningless' modern lives. This important book reveals the cultural shift to be more complex, demonstrating how people in postindustrial societies strive to form meaningful and moral selves

Authors: James Sillwood
Categories: Fiction
Another seven episodes from Amatore's Restaurant. New characters come into play: The imaginative wife Samantha, the mysterious Frau Eisler and the psychopathic Nicole, each manipulating the situation to suit their own purpose. From the stormy atmosphere of Spain to the exotic forests of Brazil and the rolling countryside of Brittany;

Authors: James Sillwood
Categories: Fiction
The final nine chapters from Amatore's Restaurant. Secrets abound in this complex set of stories. The past is re-visited and many unanswered questions are raised. The truth remains hidden and may never be known. Characters are not always what they seem to be, but who will let their mask slip