This multicultural and international survey of artists' videotapes reflects the extraordinary richness and diversity of independent media art production from the late 1960s to the early 1990s. Presenting video's current investigations as well as milestones in its historical evolution, this volume resonates with the dynamic, often radical forms and strategies that define video as one of the most provocative modes of contemporary artistic practice. Included are more than 1,500 works by over 120 artists from the United States, Europe, Latin America, Australia, and Japan. From Vito Acconi's psychodramatic performance monologues to Julie Zando's analytical narratives of sexuality and power, Artists' Video: An International Guide offers important examples of virtually every area of inquiry that has engaged independent videomakers in the past twenty-five years. Although not intended as the definitive history of video art, this volume, through its close look at the artists and their works, inevitably traces the major thematic and technical developments and directions that have distinguished video as an art form. Experimental narrative, media critique, technological documentary, "guerrilla television," and performance and conceptual exercises are among the many genres represented in the Electronic Arts Intermix collection of artists' videotapes--one of the most extensive and significant in the world--upon which this survey is based. Video art's influential pioneers and major innovators--Nam June Paik, Bill Viola, Dara Birnbaum, William Wegman, Joan Jonas, Peter Campus, Vito Acconci, and the Vasulkas, for example--are at the center of the presentation. Contributions from well-known figures such as Jean-Luc Godard, John Baldessari, and Robert Wilson directly reflect video's relationship to the cinema, the visual arts, and avant-garde theater. Dynamic works by young artists and activists bring video art into the 1990s. In addition to biographical information, descriptive material on his or her works, and recognition of specific contributions to video art, each artist is also accorded a videography, a chronological listing of every videotape and video installation produced by that person. A selected international bibliography is also included. No other such comprehensive survey of video art exists. Its extensive written text and valuable research material make this publication an essential resource for scholars, art historians, educators, curators, and others involved in art and media. It also provides the general public with much-needed introduction to artists' video. 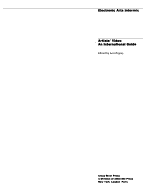 Authors: Electronic Arts Intermix (Organization)
Categories: Art
This multicultural and international survey of artists' videotapes reflects the extraordinary richness and diversity of independent media art production from the late 1960s to the early 1990s. Presenting video's current investigations as well as milestones in its historical evolution, this volume resonates with the dynamic, often radical forms and strategies
Language: en
Pages: 272 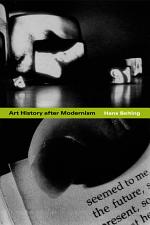 Authors: Hans (Professor of Art Belting, Science and Media Theory Karlsruhe's State College of Design Germany), Hans Belting, Professor for Art History and Media Theory Hans Belting
Categories: Art
"Art history after modernism" does not only mean that art looks different today; it also means that our discourse on art has taken a different direction, if it is safe to say it has taken a direction at all. So begins Hans Belting's brilliant, iconoclastic reconsideration of art and art 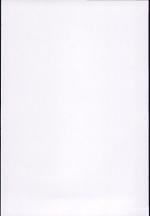 Authors: Ulla Britta Lagerroth, Hans Lund, Erik Hedling
Categories: Poetry
An anthology containing 28 essays devoted to the interrelations between the arts and media. Contributions promote interdisciplinary strategies in the study of such traditional arts as dance, literature, music, and theater, as well as more modern media such as film, television, and computer-generated art. Annotation copyrighted by Book News, Inc., 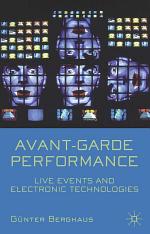 Authors: Günter Berghaus
Categories: Performing Arts
How did the concept of the avant-garde come into existence? How did it impact on the performing arts? How did the avant-garde challenge the artistic establishment and avoid the pull of commercial theatre, gallery and concert-hall circuits? How did performance artists respond to new technological developments? Placing key figures and