Authors: Ineta Ziemele
Categories: Law
With this volume, the Baltic Yearbook of International Law celebrates the centenary of the three Baltic States: Estonia, Latvia and Lithuania. The editors of the Yearbook launched a call for papers on a theme: the Baltic States and International Law. The volume contains a selection of articles examining diverse issues
Language: en
Pages:

Oxygen Survey in the Baltic Sea 2018 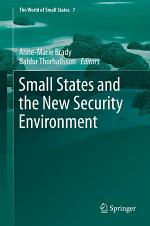 Authors: Anne-Marie Brady, Baldur Thorhallsson
Categories: Law
This book examines the security, defence and foreign policy choices and challenges of small states in NATO and its small partner states in the new security environment. The main aim of the book is to analyse how these states are dealing with current and emerging security challenges and how they 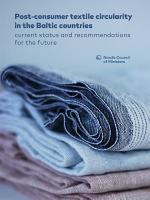 Post-consumer textile circularity in the Baltic countries: Current status and recommendations for the future

Authors: Watson, David, Hvass, Kerli Kant, Moora, Harri, Martin, Kristiina
Categories: Science
Available online: http://urn.kb.se/resolve?urn=urn:nbn:se:norden:org:diva-6038 By 2025 all EU member states will be obliged to separately collect used household textiles for reuse or recycling. This report maps in detail the current status and extent of used textile collection and treatment in the Baltic States as well as the treatment and fate of