Whether Thersites in Homer’s Iliad, Wilfred Owen in “Dulce et Decorum Est,” or Allen Ginsberg in “Wichita Vortex Sutra,” poets have long given solitary voice against the brutality of war. The hasty cancellation of the 2003 White House symposium “Poetry and the American Voice” in the face of protests by Sam Hamill and other invited guests against the coming “shock and awe” campaign in Iraq reminded us that poetry and poets still have the power to challenge the powerful. Behind the Lines investigates American war resistance poetry from the Second World War through the Iraq wars. Rather than simply chronicling the genre, Philip Metres argues that this poetry gets to the heart of who is authorized to speak about war and how it can be represented. As such, he explores a largely neglected area of scholarship: the poet’s relationship to dissenting political movements and the nation. In his elegant study, Metres examines the ways in which war resistance is registered not only in terms of its content but also at the level of the lyric. He proposes that protest poetry constitutes a subgenre that—by virtue of its preoccupation with politics, history, and trauma—probes the limits of American lyric poetry. Thus, war resistance poetry—and the role of what Shelley calls unacknowledged legislators—is a crucial, though largely unexamined, body of writing that stands at the center of dissident political movements. 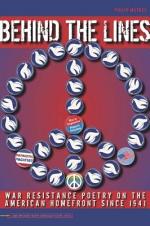 Authors: Philip Metres
Categories: Literary Criticism
Whether Thersites in Homer’s Iliad, Wilfred Owen in “Dulce et Decorum Est,” or Allen Ginsberg in “Wichita Vortex Sutra,” poets have long given solitary voice against the brutality of war. The hasty cancellation of the 2003 White House symposium “Poetry and the American Voice” in the face of protests by 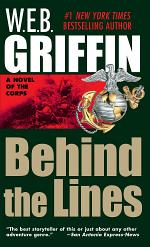 Authors: W.E.B. Griffin
Categories: Fiction
Behind the Lines is W. E. B. Griffin's powerful novel of World War II -- and the courage, patriotism, and sacrifice of those who fought it. By 1942, the Japanese have routed the outnumbered American forces and conquered the Philippines. But deep in the island jungles, the combat continues. Refusing 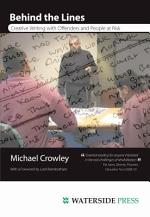 Authors: Michael Crowley
Categories: Law
A book for anyone concerned about the level of literacy amongst prisoners. Behind The Lines is the product of some 15 years of working with offenders and people at risk in prison and in the community. It is based on the author's extensive experience of using creative writing to change 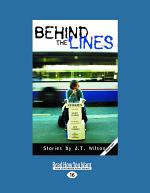 Authors: J. T. Wilson
Categories: Short stories
The stories in J.T. Wilson's first collection are both accessible and absorbing. He has had immense success - and media interest - from selling his stories on the street. The busking story-teller is a familiar sight on Sydney streets, and in other major cities in Australia and New Zealand. It's 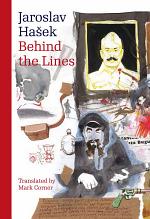 Authors: Hašek, Jaroslav
Categories: Fiction
The collection of short stories entitled Behind the Lines: Bulguma and Other Stories draws on Hašek’s experience from revolutionary Russia. In a manner similar to that employed in his caricatures of the pre-war monarchy, he satirically captures events of the Bolshevik revolution from the perspective of a Red commissar in