Birth and Other Surprises is a memoir of childhood in the seventies (no seat belts, no bike helmets, lots of eating paste) and early parenting adventures (no privacy, no clue, lots of eating what's left on the plate) by Foreword Reviews INDIE Finalist for Humor Kimberly Davis Basso. Both a follow up and a prequel for fans of I'm a Little Brain Dead, it's written in the same brutally honest style and will ignite book club discussions all over again. Early parenting lessons from a child of the seventies - because you have to remember what it's like to be a child, in order to raise a child. Why, yes, there is a chapter on Epidurals, Episiotomies and Enemas called E.e.e.k! and Kimberly did do all the research herself. You'll also get the Top Ten Questions she should have asked while pregnant and learn The Stupidest Thing We Ever Did, 1978 edition in addition to interactive portions of the book, like the Parenting Spirit Animals Quiz. 100% not scientific and yet still remarkably accurate- turns out Kimberly's spirit animal is a sea horse, like so many. Lovely Hubby does make an appearance or two, what with being the other half of her procreative process and once again all names have been changed to protect the innocent. Even if you aren't a parent, the alien analogies alone are worth a look. After all, Kimberly wasn't born, she arrived. Kimberly Davis Basso has been hononred as Book of the Year Finalist for Humor from Foreword Reviews, a Writer's Digest Honorable Mention Author for Life Stories, an International Book Awards Finalist and others, none of which impress her children.

Birth and Other Surprises 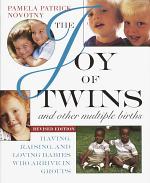 The Joy of Twins and Other Multiple Births

Authors: Pamela Patrick Novotny
Categories: Family & Relationships
A revised edition of the encouraging and comprehensive guide to the latest medical, psychological, and sociological finding on all aspects of caring for two or more infants at a time. "...A vital, practical guide detailing the care of infant twins and methods for parent survival."--Booklist Black-and-white photographs. 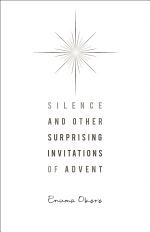 Silence and Other Surprising Invitations of Advent

Authors: Enuma Okoro
Categories: Religion
Usually when we think of the Advent story, Mary, Joseph, and the angel Gabriel come to mind. Okoro approaches Advent a little differently, inviting us to sit for a while with Zechariah and Elizabeth and the story of how they came to bear their only son, John. "The Advent story 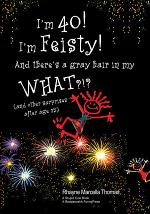 Authors: Rhayne Marcella Thomas
Categories: Humor
I’M 40! I’M FEISTY! And there’s a GRAY hair in my WHAT? !? (and other surprises after age 25), is a funny book about all the things that seem to drive women insane when it comes to getting older. This book is a collection of humorous stories from many women 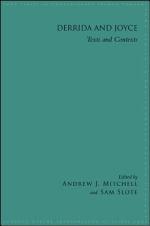 Authors: Andrew J. Mitchell, Sam Slote
Categories: Literary Criticism
All of Derrida’s texts on Joyce together under one cover in fresh, new translations, along with key essays covering the range of Derrida’s engagement with Joyce’s works. Bringing together all of Jacques Derrida’s writings on James Joyce, this volume includes the first complete translation of his book Ulysses Gramophone: Two