Bull Run ... Ball's Bluff... Secessionville ... Antietam ... Champion's Hill ... Chickamauga. To the Northern public during the Civil War they were exotic names of unfamiliar places where husbands, sons, fathers, and brothers fought and died. Hungry for information from these far-off battlefields, Americans began buying daily newspapers in record numbers. Competition among publishers grew keen. Correspondents reporting from the field soon began supplementing written dispatches with battlefield maps, and before long newspapers were seeking new ways to portray topography and battle lines in clear, effective images. In Civil War Newspaper Maps David Bosse shows how nineteenth-century advances in printing and engraving technology, coupled with an unprecedented public demand for information, led to the development of a means of mass communication still in use today - the quickly produced newspaper battlefield map. Bosse's introduction offers a concise overview of the subject, including how correspondents got maps to their papers from the field, press-military relations during the war, and the economic problems of map printing. Following the text is an atlas of forty-five newspaper maps printed by the Northern daily press. Each map is accompanied by a summary of the military operation it illustrates and a commentary on the map itself, including an evaluation of its accuracy based on comparison with other historical and cartographic sources. Arranged chronologically, the maps cover nearly every theater of the war and represent a unique historical record of one of the pivotal events in American history. 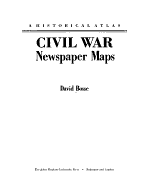 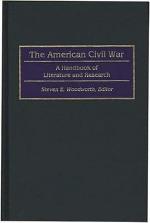 Authors: Steven E. Woodworth, Robert Higham
Categories: History
A revealing look at the Japanese through the window of their contemporary culture. 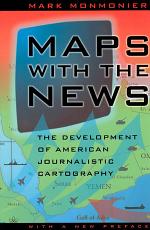 Maps with the News

Authors: Mark Monmonier
Categories: Technology & Engineering
Maps with the News is a lively assessment of the role of cartography in American journalism. Tracing the use of maps in American news reporting from the eighteenth century to the 1980s, Mark Monmonier explores why and how journalistic maps have achieved such importance. "A most welcome and thorough investigation