Child molesters are widely regarded as the most incorrigible of criminal types, as recidivists who deserve harsh punishment. In Germany today, however, attention has shifted from punishment to court-mandated rehabilitation through therapy. Therapists guide the offender through a process normally assigned to a religious authoritythe transformation of the criminal into a person capable of reintegration into society. "Cruel Attachments" is anthropologist John Borneman s account of the attempt to rehabilitate child sex offenders through therapy. Using select case studies, Borneman follows the experience of offenders from accusation to admission of culpability, through arrest, trial, imprisonment, treatment, release from prison, and either social reincorporation or indefinite surveillance. The book opens with an absorbing and disturbing ethnography of a particularly important (and sensational) case of the rehabilitation of the infamous Berlin sex offender Alexander Marquardt. Marquardt was a child abuser and brutal pimp who underwent rehabilitation therapy during his long imprisonment. During his therapy it was discovered that he had been sexually abused by his mother over several years starting when he was pre-pubescent. After his lengthy and ultimately successful rehabilitation Marquardt was released and is now a successful owner and manager of a fitness center. Borneman s vivid account of Marquardt addresses the controversial question of whether such therapy really works in the sense of changing a person s deepest desires. The subsequent case histories and theory chapters range from general reflections on the historical evolution of cultural handling of child sexual abuse to cases of incest, pedophilia, inappropriate sex play between parents and children, among others. This is the first book ever on the topic of the intensely ambiguous and fraught project of attempted rehabilitation of perpetrators and what that project tells us about ourselves and our culture s contradictions. No other book has combined that focus with a larger meditation on the state of anthropology, as "Cruel Attachments" so beautifully does." 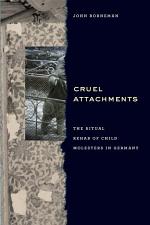 Authors: John Borneman
Categories: Psychology
Child molesters are widely regarded as the most incorrigible of criminal types, as recidivists who deserve harsh punishment. In Germany today, however, attention has shifted from punishment to court-mandated rehabilitation through therapy. Therapists guide the offender through a process normally assigned to a religious authoritythe transformation of the criminal into 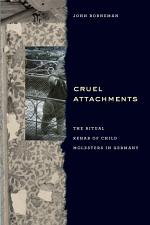 Authors: John Borneman
Categories: Social Science
There is no more seemingly incorrigible criminal type than the child sex offender. Said to suffer from a deeply rooted paraphilia, he is often considered as outside the moral limits of the human, profoundly resistant to change. Despite these assessments, in much of the West an increasing focus on rehabilitation 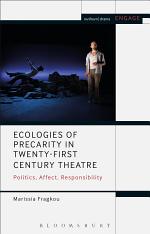 Authors: Marissia Fragkou
Categories: Performing Arts
Presenting a rigorous critical investigation of the reinvigoration of the political in contemporary British theatre, Ecologies of Precarity in Twenty-First Century Theatre provides a fresh understanding of how theatre has engaged with precarity, affect, risk, intimacy, care and relationality in recent times. The study makes a compelling case for reading

Authors: Mark Mitchell
Categories: Performing Arts
This book offers critical reflections on the intersections between criminology and queer scholarship, and charts future directions for this field. Since their development over twenty-five years ago, queer scholarship and politics have been hotly contested fields, equally embraced and dismissed. Amid calls for criminology and criminal justice institutions to respond 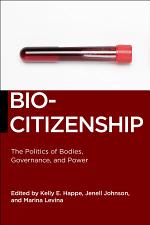 Authors: Kelly E. Happe, Jenell Johnson, Marina Levina
Categories: Political Science
"Biocitizenship: The Politics of Bodies, Governance, and Power is a critical study of the relationship between the concept of citizenship and the body"--