“Peels back the layers to explore what Spiritist practice is really about: a project of self-fashioning that challenges Western suppositions about the nature of the self, the body, and its relationship with others, living and dead.”—Kristina Wirtz, author of Ritual, Discourse, and Community in Cuban Santería: Speaking a Sacred World “This richly observed, empirically grounded ethnography is the most provocative and complete portrayal of contemporary Cuban espiritismo available. It underscores the embodied character of espiritista practices and offers a dynamic portrayal of espiritista mediums' crucial roles within a complex of Afro-Cuban religions that includes ocha, palo monte, and other faiths.”—Reinaldo L. Román, author ofGoverning Spirits: Religion, Miracles, and Spectacles in Cuba and Puerto Rico, 1898–1956 “This compelling book manages the difficult task of capturing the inside feel of Cuban spiritism. To read this book is to enter into an apparently alien world and yet find that it makes complete sense, and for that reasonDeveloping the Dead is a model of the anthropological enterprise. An instant classic.”—Charles Stewart, author ofDreaming and Historical Consciousness in Island Greece Despite its powerful influence on Cuban culture, Espiritismo has often been overlooked by scholars.Developing the Dead is the first in-depth exploration of contemporary Espiritismo in Cuba. Based on extensive fieldwork among religious practitioners and their clients in Havana, this book makes the surprising claim that Spiritist practices are fundamentally a project of developing the self. When mediums cultivate relationships between the living and the dead, argues Diana Espírito Santo, they develop, learn, sense, dream, and connect to multiple spirits (muertos), expanding the borders of the self. This understanding of selfhood is radically different from Enlightenment ideas of an autonomous, bounded self and holds fascinating implications for prophecy, healing, and self-consciousness.Developing the Dead shows how Espiritismo's self-making process permeates all aspects of life, not only for its own practitioners but also for those of other Afro-Cuban religions.

Authors: Diana Espirito Santo
Categories: History
“Peels back the layers to explore what Spiritist practice is really about: a project of self-fashioning that challenges Western suppositions about the nature of the self, the body, and its relationship with others, living and dead.”—Kristina Wirtz, author of Ritual, Discourse, and Community in Cuban Santería: Speaking a Sacred World 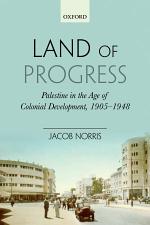 Authors: Jacob Norris
Categories: History
Histories of Palestine in the pre-1948 period usually assume the emergent Arab-Zionist conflict to be the central axis around which all change revolves. In Land of Progress Jacob Norris suggests an alternative historical vocabulary is needed to broaden our understanding of the region's recent past. In particular, for the architects 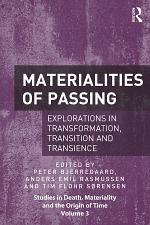 Authors: Peter Bjerregaard, Anders Emil Rasmussen, Tim Flohr Sørensen
Categories: Social Science
‘Passing’ is a common euphemism for the death of a person, as he or she is said to ‘pass away’ or ‘pass on’. This open-ended saying has at its heart a notion of transformation from one state to another, which in turn grants the possibility of grasping or approximating the 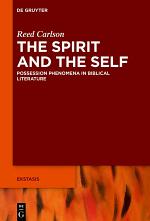 Unfamiliar Selves in the Hebrew Bible

Authors: Reed Carlson
Categories: Religion
Spirit possession is more commonly associated with late Second Temple Jewish literature and the New Testament than it is with the Hebrew Bible. In Unfamiliar Selves in the Hebrew Bible, however, Reed Carlson argues that possession is also depicted in this earlier literature, though rarely according to the typical western
Language: en
Pages: 2