Bestselling author John Davidson presents "Sharks - For Kids – Amazing Animal Books For Young Readers". Beautiful Pictures and easy reading format will help children fall in love with sharks. This is one of over 30 books in the Amazing Animal Books for Young Readers Series. The series is known as one of the most beautiful on the tablets. The pictures look great even in black and white and are excellent on the full color tablets. Lots of facts and photos will help your children learn about this wonderful animal. Children are given a well-rounded understanding of sharks: anatomy, feeding habits and behavior. *** You and your kids will love learning about sharks Table of Contents 1. Introduction to Sharks 2. Great White Shark Facts 3. Bull Shark Facts 4. Tiger Shark Facts 5. Hammerhead Shark Facts 6. Whale Shark Facts 7. Shark Attack Facts 8. Shark Behavior 9. Shark Anatomy 10. Misunderstandings about Sharks Bull Shark Facts Have you ever heard of Bull sharks? Here are important facts that you should know about them. 1 Bull sharks have a scientific name called Carchahinus leucas. 2. They are found in waters such as Atlantic coast in the United States starting from Massachusetts in the north to Mexico. 3. Bull sharks like living in waters that are shallow, you can readily find them in lagoons, river mouths and bays. They sometimes stay in fresh waters especially the fresh water rivers bordering the oceans. 4. Bull sharks take about 6 years to mature; their lifespan is about 14 years. 5. They can reach a length of 11.5 feet when fully mature. 6. Bull sharks are threatened by being over fished as they grow at a slower rate. 7. Bull sharks can be caught by fishermen using different fishing methods such as the line, hooks, gill net and trawling. 8. Bull sharks are well adapted as predators by having strong teeth that are being replaced throughout their lifetime. 9. They are sensitive to smell and have sense receptors that can sense far distances. 10. Their eyes can easily adapt to low light levels in the sea and on the surface of water. This makes them maneuver easily in deep waters in search for food 11. Have lateral line receptors which assist them greatly in sensing any movement made in the water. 12. They have strong electroreceptor that helps them in sensing electrical fields made by their prey distances away. 13 .Bull sharks are the most dangerous among the various sharks in the world; they are highly aggressive and keep hunting in shores of waters. 14 .Bull sharks feed on foods such as birds, bony fish, dolphins, terrestrial mammals, echinoderms and even other small sharks of different species including their own species. 15. The existence of bull sharks is threatened by humans where they are being killed mainly for their fins which are being used in traditional Chinese dish called shark-fin soup. 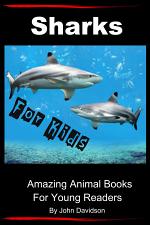 Authors: John Davidson
Categories: Juvenile Nonfiction
Bestselling author John Davidson presents "Sharks - For Kids – Amazing Animal Books For Young Readers". Beautiful Pictures and easy reading format will help children fall in love with sharks. This is one of over 30 books in the Amazing Animal Books for Young Readers Series. The series is known 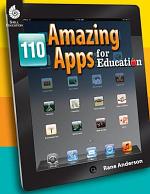 Authors: Rane Anderson
Categories: Computers
Here's an easy-to-use, quick reference guide for apps that supplement student learning. It gives suggestions for how teachers can implement each app in the classroom and for how parents can use the apps at home to extend their child's learning. This resource is correlated to the Common Core State Standards,
Language: en
Pages: 29

Authors: Selena Dale
Categories: Computers
Sharks: Learn About Sharks - Beautiful Photos And Amazing Animal Fun Facts Real Animal Photos With Interesting Fun Facts Welcome to another edition of the "Learn About" book series. In this book you will learn lots of fun and interesting facts about one of the deadliest animals in the ocean...sharks!. 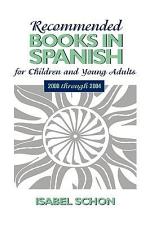 Recommended Books in Spanish for Children and Young Adults

Authors: Isabel Schon
Categories: Literary Criticism
Whether used for the development and support of an existing collection or for the creation of a new collection serving Spanish-speaking young readers, this outstanding resource is an essential tool. Following the same format as the highly praised 1996-1999 edition, Schon presents critical annotations for 1300 books published between 2000