This exquisite collection of short fiction by Sata Ineko (1904–1998) offers readers a fascinating glimpse into the lives of women rarely dignified in fiction: glamorous café waitresses, feisty communist activists, a tortured novelist, a soldier’s wife, and single women in Japan’s Korean colony. Her delicately penned portraits challenge the tired, erotic tropes of the geisha and schoolgirl, while delving into the dilemmas women themselves faced in their personal and professional relationships. The stories and novella translated here span a period of two decades and the most important events and themes in twentieth-century history. “Café Kyoto” (1929) takes up the glamorous, if tragic, lives of café waitresses in the wake of the late 1920s Depression. “Tears of a Factory Girl in the Union Leadership” (1931) offers a unique portrait of a woman who works with the underground Communist Party. “The Scent of Incense” (1942), written as a work of “home front” literature, was meant to help mobilize women as productive workers and supportive housewives during World War II. “White and Purple” (1950), one of Sata’s rare postcolonial works penned just after the outbreak of the Korean War, reflects on the psychological damage inflicted on women during Japan’s occupation of Korea. Sata’s first novella, Crimson (1936–1938), joins a long tradition of women’s writing in Japan that sought to assert women’s “liberation” from what was seen as the oppressively patriarchal institution of marriage. Translator Samuel Perry’s critical introduction weaves the story of Sata’s life into an examination of the historical and cultural milieu that helped to generate her stories about working women, their lives in the workplace and in the home. As the celebrated author herself once wrote, “The kinds of womanhood available today exist precisely because literary masters of different ages and cultures have drawn us to them: the woman we pity, the woman with a heart of gold, the cruel woman, the clever woman, the hen-pecker, the cheapskate, and the ‘good wife wise mother.’ As terms we use to describe the kinds of women who exist in the world today, they have simply outgrown their usefulness.” 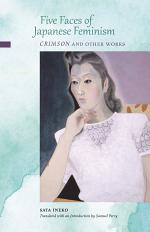 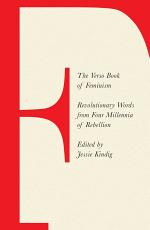 The Verso Book of Feminism

Authors: Jessie Kindig
Categories: Social Science
An unprecedented collection of feminist voices from four millennia of global history Throughout written history and across the world, women have protested the restrictions of gender and the limitations placed on women's bodies and women's lives. People–of any and no gender–have protested and theorized, penned manifestos and written poetry and 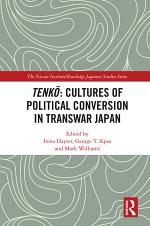 Authors: Irena Hayter, George T. Sipos, Mark Williams
Categories: History
This book approaches the concept of tenkō (political conversion) as a response to the global crisis of interwar modernity, as opposed to a distinctly Japanese experience in postwar debates. Tenkō connotes the expressions of ideological conversion performed by members of the Japanese Communist Party, starting in 1933, whereby they renounced 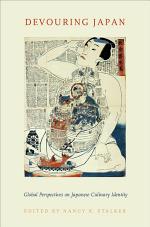 Authors: Nancy K. Stalker
Categories: History
In recent years Japan's cuisine, or washoku, has been eclipsing that of France as the world's most desirable food. UNESCO recognized washoku as an intangible cultural treasure in 2013 and Tokyo boasts more Michelin-starred restaurants than Paris and New York combined. International enthusiasm for Japanese food is not limited to 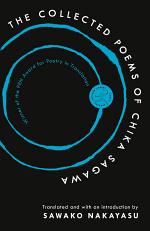 The Collected Poems of Chika Sagawa

Authors: Chika Sagawa
Categories: Poetry
Winner of the PEN Award for Poetry in Translation • The electrifying collected works of “one of the most innovative and prominent avant-garde poets in early twentieth-century Japan” (The New Yorker). Translated by and with an introduction by Sawako Nakayasu An important and daringly experimental voice in Tokyo’s avant-garde poetry