NEW YORK TIMES BESTSELLER • NATIONAL BOOK AWARD LONGLIST • “A masterpiece” (NPR) about marriage, divorce, and the bewildering dynamics of ambition In development as an FX limited series on Hulu, starring Claire Danes, Jesse Eisenberg, Lizzy Caplan, and Adam Brody ONE OF THE TEN BEST BOOKS OF THE YEAR—Entertainment Weekly, The New York Public Library ONE OF THE BEST BOOKS OF THE YEAR—The New York Times Book Review, Time, The Washington Post, USA Today Vanity Fair, Vogue, NPR, Chicago Tribune, GQ, Vox, Refinery29, Elle, The Guardian, Real Simple, Financial Times, Parade, Good Housekeeping, New Statesman, Marie Claire, Town & Country, Evening Standard, Thrillist, Booklist, Kirkus Reviews, BookPage, BookRiot, Shelf Awareness Toby Fleishman thought he knew what to expect when he and his wife of almost fifteen years separated: weekends and every other holiday with the kids, some residual bitterness, the occasional moment of tension in their co-parenting negotiations. He could not have predicted that one day, in the middle of his summer of sexual emancipation, Rachel would just drop their two children off at his place and simply not return. He had been working so hard to find equilibrium in his single life. The winds of his optimism, long dormant, had finally begun to pick up. Now this. As Toby tries to figure out where Rachel went, all while juggling his patients at the hospital, his never-ending parental duties, and his new app-assisted sexual popularity, his tidy narrative of the spurned husband with the too-ambitious wife is his sole consolation. But if Toby ever wants to truly understand what happened to Rachel and what happened to his marriage, he is going to have to consider that he might not have seen things all that clearly in the first place. A searing, utterly unvarnished debut, Fleishman Is in Trouble is an insightful, unsettling, often hilarious exploration of a culture trying to navigate the fault lines of an institution that has proven to be worthy of our great wariness and our great hope. Alma’s Best Jewish Novel of the Year • Finalist for the National Book Critics Circle’s John Leonard Prize for Best First Book 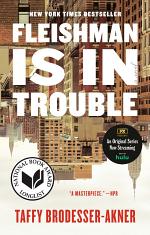 Fleishman Is in Trouble 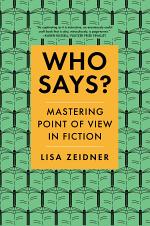 Who Says?: Mastering Point of View in Fiction

Authors: Lisa Zeidner
Categories: Literary Criticism
A thorough, illuminating, and entertaining guide to crafting point of view, a fiction writer’s most essential choice. Who is telling the story to whom is the single most important question about any work of fiction; the answer is central to everything from style and tone to plot and pacing. Using 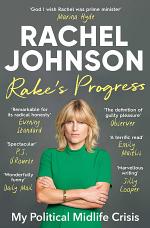 Authors: Rachel Johnson
Categories: Biography & Autobiography
'God I wish Rachel was prime minister... Reading it is like being invited to a deliciously gossipy party' Marina Hyde 'Fabulously indiscreet and funny...I loved it' Gaby Hinsliff, Observer 'There will be weightier political tomes this year than Rake’s Progress, but you will not read one more entertaining' Roger Alton,

Authors: Taffy Brodesser-Akner
Categories: Biography & Autobiography
From the Sunday Times and New York Times bestselling author of Fleishman Is in Trouble comes Long Island Compromise, a darkly exhilarating novel about an American family and its inheritance - the safety and wealth that they fought for, and the precarity of their survival that is their legacy.In 1982,
Language: en
Pages:

Fleishman is in trouble