Most people believe the end of the Civil War came at Appomattox with handshakes and amicable banter between Robert E. Lee and Ulysses S. Grant—an honorable ceremony amongst noble warriors. And so it has been remembered to this day. But the war did not end on April 9, 1865. A larger and arguably more important surrender had yet to take place in North Carolina. This part of the surrender story occupies but little space in the vast annals of Civil War literature, and as author Ernest A. Dollar Jr. ably explains in Hearts Torn Asunder: Trauma in the Civil War’s Final Campaign in North Carolina, the lens of modern science may reveal why. The war’s final campaign in North Carolina began on April 10, 1865, one day after Lee’s surrender. More than 120,000 Union and Confederate soldiers were still in the field bringing war with them as they moved across the state’s verdant heartland. General William T. Sherman was still out to destroy the South’s ability and moral stamina to make war. His unstoppable Union troops faced General Joseph E. Johnston’s demoralized but still dangerous Confederate Army of Tennessee. Thousands of paroled Rebels, desperate, distraught, and destitute, added to the chaos by streaming into the state from Virginia. Grief-stricken civilians, struggling to survive in a collapsing world, were caught in the middle. The collision of these groups formed a perfect storm long ignored by those wielding pens. Hearts Torn Asunder explores the psychological experience of these soldiers and civilians during the chaotic closing weeks of the war. Their letters, diaries, and accounts reveal just how deeply the killing, suffering, and loss had hurt and impacted these people by the spring of 1865. Dollar deftly recounts the experiences of men, women, and children who endured intense emotional, physical, and moral stress during the war’s dramatic climax. Their emotional, irrational, and often uncontrollable reactions mirror symptoms associated with trauma victims today, all of which combined to shape memory of the war’s end. Once the armies left North Carolina after the surrender, their stories faded with each passing year. Neither side looked back and believed there was much that was honorable to celebrate. Hearts Torn Asunder recounts at a very personal level what happened during those closing days that made a memory so painful that few wanted to celebrate, but none could forget. 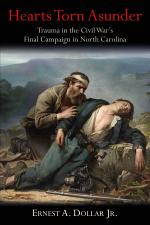 Authors: Ernest A. Dollar
Categories: History
Most people believe the end of the Civil War came at Appomattox with handshakes and amicable banter between Robert E. Lee and Ulysses S. Grant—an honorable ceremony amongst noble warriors. And so it has been remembered to this day. But the war did not end on April 9, 1865. A 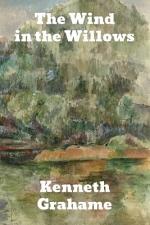 The Wind in the Willows

Authors: Kenneth Grahame
Categories: Animals
The escapades of four animal friends who live along a river in the English countryside--Toad, Mole, Rat, and Badger. 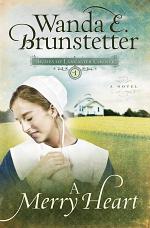 Authors: Wanda E. Brunstetter
Categories: Fiction
Miriam Stoltzfus is a young Pennsylvania Amish woman once filled with dreams for a future with a man. . .who jilted her. Now she is known as the old maid schoolteacher with a heart of stone. Could a forbidden romantic friendship with an English newspaper reporter stir the embers of 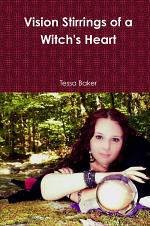 Vision Stirrings of a Witch's Heart

Authors: Tessa Baker
Categories: Poetry
This book is a compilation of feelings in various points in time in my life. I feel that one should express how they feel about situations that one must endure and overcome in the life. The journey one must take in order to regain control once a series of tragic 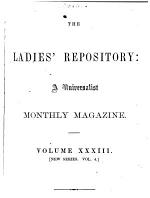