Utagawa Hiroshige's two Thirty-six Views of Mount Fuji series, 1852 and 1858 are both a copy act and in themselves innovative artistic endeavors. Katsushika Hokusai published his famous series Thirty-six Views of Mount Fuji in 1830-1832 and it influenced Hiroshige tremendously to his own series Thirty-six Views of Mount Fuji series 1852 which we deal with here. It is in the same horizontal format for landscapes that Hokusai used. In a subsequent series Thirty-six Views of Mount Fuji published in 1858 Hiroshige shifted to the vertical portrait format with novel and interesting results. We deal with that in a separate volume. It is possible to travel to see the same sites today and enjoy the views of Mt Fuji, which is still very important to the Japanese. Utagawa Hiroshige (in Japanese: 歌川広重), also called Andō Hiroshige (in Japanese: 安藤広重;), was a Japanese ukiyo-e artist, considered the last great master of that tradition. He was born 1797 and died 12 October 1858. Ukiyo-e is a genre of Japanese art which flourished from the 17th through 19th centuries. Its artists produced woodblock prints and paintings of such subjects as female beauties; kabuki actors and sumo wrestlers; scenes from history and folk tales; travel scenes and landscapes; flora and fauna; and erotica. The term ukiyo-e (浮世絵) translates as "picture[s] of the floating world". Hiroshige is best known for his horizontal-format landscape series The Fifty-three Stations of the Tōkaidō, and for his vertical-format landscape series One Hundred Famous Views of Edo and for instance the 69 Stations of the Nakasendō. The main subjects of his work are considered atypical of the ukiyo-e genre, whose focus was more on beautiful women, popular actors, and other scenes of the urban pleasure districts of Japan's Edo period (1603-1868). 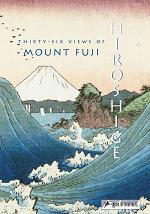 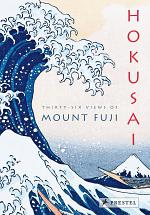 The thirty-six views of Mount Fuji

Authors: Hokusai Katsushika
Categories: Fuji
"Last year the East-West Center Press had the pleasure of publishing Hiroshige's The Fifty-three Stages of the Tokaido. That volume was so well received that this year the Press presents this companion volume of forty-six prints by Hokusai. By creating the landscape print, Hokusai breathed new life into the art.