They will risk it all to protect what’s theirs. Nobody gets in their way and nothing will stop them. These are the men of Royal Ace Security. If you like protective alphas, you’ll love this collection of bodyguard romances featuring books 1-4 in the Guarding Her series (plus a bonus book!) Surface (Royce & Paisley – book 1) She was off limits. Too young. The boss’s daughter. Forbidden. I knew it all along, but it didn’t change the absolute possession I felt when it came to her… nothing would change how I felt about her. So I did what I had to; I waited until the time was right to make her mine, only to find out there is one thing that could ruin it all. Drift (Carter & Billie – book 2) I could tell this girl was lost. She was also scared and alone. This life was going to destroy her… If I let it. She refuses my help and protection until she realizes the audition she’s attending isn’t an audition at all. It’s an auction. And she’s about to be sold to the highest bidder. I’ve got the money to buy her, but better than that, I’ve got the power to save her. Edge (Wes & Quinn – book 3) It was supposed to be a normal job. Another tour with another superficial singer. But the first time I put my hand on her lower back, it was over. Leave it to a five foot nothing, blonde haired, blue eyed pop princess to knock me on my ass. I’m not the only one who wants her though. But in the end, I’ll be the only one who gets all of her. Because while everyone else is screaming her name, she’s moaning mine. Closer (Gio & Whitney – book 4) We were inseparable from the moment we met, but it only took one night to destroy it all. Lies were spoken, truths were revealed, and mistakes were made. For years, I took that anger out in the ring, but no matter how much time has passed, I still love to hate her… even when she storms back into my life almost a decade later. But when I see the fear hiding behind her captivating brown eyes, I’ll fight to make her safe again. Then I won’t ever let her go. Steady (Erik & Polly – bonus book!) We couldn’t be any more opposite. He comes from a life of wealth and fame while I grew up in the system and am one step away from living in my car again. I see the pain he’s trying to hide, and he knows the hell I’ve lived through, but that didn’t stop us. One night was what I needed, but he wanted more, and men like him always get what they want. ***** Every Guarding Her book can be read as a standalone. Each romance will pull at your heart strings and leave you with a guaranteed happily ever after. These action packed romantic suspense novels feature super protective alphas who will do anything to keep the woman they love safe. They will risk it all to protect what's theirs. Nobody gets in their way and nothing will stop them. These are the men of Royal Ace Security. *** keywords: romantic suspense, bodyguard romance, alpha male romance, bad boy romance, alpha male, hot romance, contemporary romance, modern romance, sexy, angsty, contemporary romance series, romantic suspense series, family, love, friends to lovers, swoon, HEA, no cliffhanger, steamy romance, family saga, loyalty 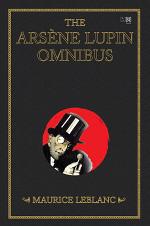 Authors: Maurice Leblanc
Categories: Fiction
The inspiration behind the smash-hit Netflix series. Arsène Lupin is a fictional gentleman thief and master of disguise created in 1905 by French writer Maurice Leblanc and first introduced in a series of short stories serialized in the magazine Je sais tout. Arsène Lupin, Gentleman Burglar (published in French as 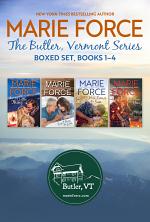 Authors: Marie Force
Categories: Young Adult Fiction
The characters you met in and loved in the Green Mountain Series are back in this continuation of the Abbott/Coleman/Stillman family story. In this collection, read about cousin Grayson Coleman in Every Little Thing, Cameron’s dad, Patrick Murphy, in Can’t Buy Me Love and Wade Abbott in Here Comes the 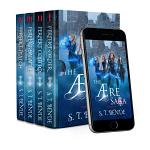 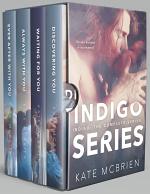 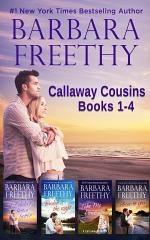