The land to the south of the villa of Santa Fe was a series of ridges, like ripples in the earth. Indians standing on the roofs of the casas reales in the pre-dawn hours of December 16, 1693, could see across the ruins of the village to the hills beyond. The sun was just beginning to light the mountains to the east. Across the snowy hills came a winding army of men, wagons, and stock riding up from the south. The army, as warlike in appearance as any that ever marched to meet an opposing force, came slowly, a long beige snake spiked with muskets, horse snaffles, and lances glinting in the sun. The colonists’ first sight of the large, fortress-like casas, the former government buildings and the residence of the Spanish governor, was marked by an outburst of extraordinary fervor. After the agonies of the past two-and-one-half months, the Army of Reconquest had finally reached its goal. The Indians and colonists observed each other across a great expanse as the army approached the city’s walls. Colonized in 1598 and driven into exile in 1680, the Spaniards were aware that theirs might be the first colony to be defeated by an indigenous people. They had made several previous attempts at reconquest, but each of these attempts had failed. The Spaniards were finally successful in 1692 in achieving a bloodless, but only ritual repossession. The actual occupation and resettlement of the New Mexico Kingdom, however, would prove to be a deadly affair. This book completes Lucero’s trilogy—Voices in the Stillness—regarding New Mexico’s colonial history. It provides an account of the better than 20 ancestral families—his forebears—that returned with the Army of Reconquest. Based on a true series of events, the book sets out the particulars of the Pueblo Indian Revolt of 1680 and its aftermath, as told from the viewpoints of the Lucero de Godoy and Gomez Robledo families and some of the other New Mexico colonists who experienced it. Author of several books regarding the New Mexico colony (The Adobe Kingdom, A Nation of Shepherds, The Rosas Affair, all from Sunstone Press), Dr. Lucero meticulously retraced the colonists’ deadly retreat, as well as the trails of their several attempts at reconquest, as part of his research for this book. 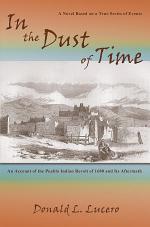 In the Dust of Time

Authors: Donald L. Lucero
Categories: Fiction
The land to the south of the villa of Santa Fe was a series of ridges, like ripples in the earth. Indians standing on the roofs of the casas reales in the pre-dawn hours of December 16, 1693, could see across the ruins of the village to the hills beyond. 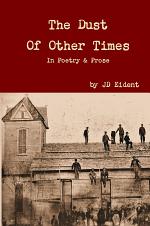 The Dust Of Other Times

Authors: JD Eident
Categories: Fiction
Books about The Dust Of Other Times 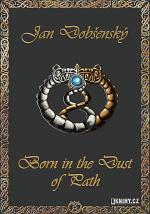 Yorran: Born in the Dust of Path

Authors: Jan Dobšenský
Categories: Fiction
EN: He, who never finds the courage to leave the native home, never finds who he truly is. This applied in the past and will apply in the future, and thus it‘s no surprise that it applies to the world created by the author of the Yorran saga, too. Only 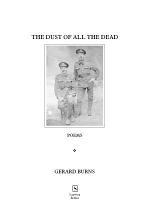 The Dust of All the Dead

Authors: Gerard Burns
Categories: Poetry
Books about The Dust of All the Dead 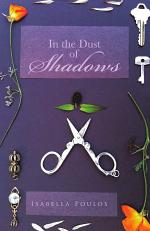 In the Dust of Shadows

Authors: Isabella Poulos
Categories: Art
In the Dust of Shadows encapsulates the truly unique voice of author, Isabella Poulos, as each poem personifies an object, emotion, or idea. Every poem is paired with one of the author's original creature drawings that, in themselves, tells a story. This book encapsulates the beauty of everyday things and