This tribute to Charles J. Adams from colleagues and students includes essays on numerous aspects of Islamic civilization, beginning with early Islam down to the modern period. The Qur'?n receives the attention of five authors: Andrew Rippin focuses on references to the pre-Islamic Han?fs, while Issa Boullata traces poetic citation in Qur'?nic exegesis. Sulami's commentary is discussed by Gerhard Bowering, and Hallaq draws attention to the unique place the Qur'?n occupied in Sh?tib?'s legal theory. Finally, W.C. Smith looks at the Qur'?n from a comparativist perspective. Ulrich Haarmann and Donald P. Little deal, respectively, with the attitudes of medieval Egyptians towards the Pyramids, and the nature of S?f? institutions under the Mamluks. Mehdi Mohaghegh, Hasan Murad and Paul Walker treat philosophical and theological issues, while Eric Ormsby analyzes the structure of experience in Ghazali. Sajida Alvi explores the religious writings of the eighteenth-century Indian scholar Pan?pat?, and Uner Turgay examines Circassian immigration to the Ottoman Empire in the nineteenth century. Orthodoxy and aberrancy in the Ithna 'Ashar? tradition is the subject of Savory's article, and the notion of literature in Arab and Islamic culture is treated by Wickens. Finally, Bernard Weiss compares Islamic and Western conceptions of law. 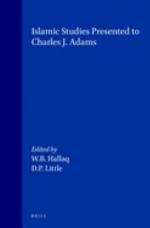 Approaches to Islam in Religious Studies

Authors: Charles J. Adams
Categories: Religion
Based on a symposium on the theme 'Islam and the History of Religions', this important work features thoughtful essays on the study of Islam. In essays organized around five themes in religious studies, the scholars in this volume call for an increase in the attention given to Islam as part 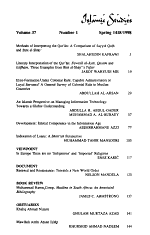 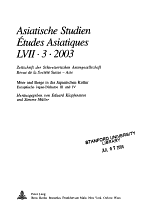