This early work by James Oliver Curwood was originally published in 1920 and we are now republishing it with a brand new introductory biography. The short story “The Strength of Men,” sees a struggle between two men for a fortune, and a girl. James Oliver 'Jim' Curwood was an American action-adventure writer and conservationist. He was born on 12th June, 1878, in Owosso, Michigan, USA. In 1900, Curwood sold his first story while working for the Detroit News-Tribune, and after this, his career in writing was made. By 1909 he had saved enough money to travel to the Canadian northwest, a trip that provided the inspiration for his wilderness adventure stories. The success of his novels afforded him the opportunity to return to the Yukon and Alaska for several months each year – allowing Curwood to write more than thirty such books. Curwood's adventure writing followed in the tradition of Jack London. Like London, Curwood set many of his works in the wilds of the Great Northwest and often used animals as lead characters (Kazan, Baree; Son of Kazan, The Grizzly King and Nomads of the North). Many of Curwood's adventure novels also feature romance as primary or secondary plot consideration. This approach gave his work broad commercial appeal and helped drive his appearance on several best-seller lists in the early 1920s. His most successful work was his 1920 novel, The River's End. The book sold more than 100,000 copies and was the fourth best-selling title of the year in the United States, according to Publisher's Weekly. He contributed to various literary and popular magazines throughout his career, and his bibliography includes more than 200 such articles, short stories and serializations. Curwood was an avid hunter in his youth; however, as he grew older, he became an advocate of environmentalism and was appointed to the 'Michigan Conservation Commission' in 1926. The change in his attitude toward wildlife can be best expressed by a quote he gave in The Grizzly King: that 'The greatest thrill is not to kill but to let live.' Despite this change in attitude, Curwood did not have an ultimately fruitful relationship with nature. In 1927, while on a fishing trip in Florida, Curwood was bitten on the thigh by what was believed to have been a spider and he had an immediate allergic reaction. Health problems related to the bite escalated over the next few months as an infection set in. He died soon after in his nearby home on Williams Street, on 13th August 1927. He was aged just forty-nine, and was interred in Oak Hill Cemetery (Owosso), in a family plot. Curwood's legacy lives on however, and his home of Curwood Castle is now a museum.

James Oliver Curwood's Kazan in Revenge of the North

Authors: James Oliver Curwood
Categories: Alaska
When Tommy Laird rescues a puppy in the snow, he learns that the pup is the son of the famous wolf-dog Kazan. Although Kazan is now running wild with the wolves, his son (also named Kazan) is destined for friendship and adventure in the world of men. 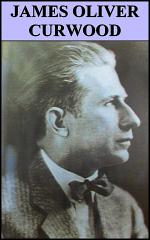 Authors: James Oliver Curwood
Categories: Alaska
This ebook is illustrated with 29 original pictures from the books. Here's the contents of this ebook : FICTION : 1908 The Courage of Captain Plum 1908 The Wolf Hunters 1909 The Gold Hunters 1910 The Danger Trail 1911 The Honor of the Big Snows 1911 Philip Steele (Steele of

Authors: James Oliver Curwood
Categories: Alaska
James Oliver "Jim" Curwood (June 12, 1878 - August 13, 1927) was an American action-adventure writer and conservationist. His books ranked among Publishers Weekly top-ten best sellers in the United States in the early 1920s. At least eighteen motion pictures have been based on or directly inspired by his novels 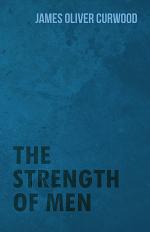 The Strength of Men 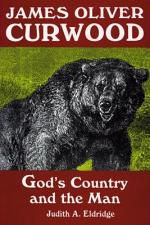 Authors: Judith A. Eldridge
Categories: Biography & Autobiography
Now he would become an avid conservationist in the early days of that movement, a change that would lead indirectly to his death 13 years later.