John Frankenheimer’s career as a professional director began and ended in television. In the mid-1950s, he won acclaim working on live productions for anthology series like Playhouse 90, and from the mid-1990s until his death in 2002 he helmed a string of Emmy-winning features for cable TV, including The Burning Season (1994) and Andersonville (1996). Despite these successes, Frankenheimer’s reputation rests primarily upon the nearly thirty feature films he directed, which range from bona fide classics like Birdman of Alcatraz (1962) and The Manchurian Candidate (1962) to such lesser achievements as Prophecy (1979) and Dead Bang (1989). Unfortunately for Frankenheimer, the discrepancy between his best films and his worst led many critics during his lifetime to dismiss him as someone whose talent dissipated in the late 1960s. In the decade since his death, however, several critics have emerged who reject the assertion that the quality of Frankenheimer’s output faded after an impressive start. In John Frankenheimer: Interviews, Essays, and Profiles, Stephen B. Armstrong has collected the most interesting and insightful articles and features published on this underrated director. While question-and-answer exchanges make up the bulk of the items featured here, also included are journalistic profiles of the director at work and essays Frankenheimer himself wrote for magazine audiences. In addition, readers will find a series of interviews of people who worked with Frankenheimer, including actors Roy Scheider, Tim Reid, and the director’s wife of 40 years, Evans Frankenheimer. In this volume, the director and others look back on a career that included such films as Seven Days in May, The Train, Grand Prix, The Iceman Cometh, Black Sunday, and Ronin. The first collection of its kind, John Frankenheimer: Interviews, Essays, and Profiles enables those who value the director’s work to develop a better understanding of the man through his own words and the words of others. 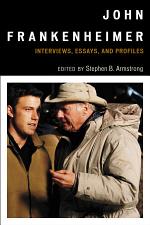 Authors: Stephen B. Armstrong
Categories: Performing Arts
John Frankenheimer’s career as a professional director began and ended in television. In the mid-1950s, he won acclaim working on live productions for anthology series like Playhouse 90, and from the mid-1990s until his death in 2002 he helmed a string of Emmy-winning features for cable TV, including The Burning 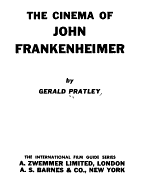 The Cinema of John Frankenheimer 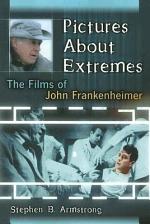 Authors: Stephen B. Armstrong
Categories: Performing Arts
This traditional auteurist survey closely examines the films of director John Frankenheimer, assessing the thematic and stylistic elements of such films as The Iceman Cometh, The Manchurian Candidate, and Bird Man of Alcatraz. It begins with a complete overview of Frankenheimer's life and career. A chronology lists production history details 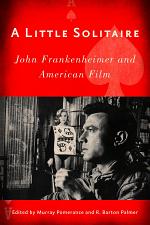 Authors: Murray Pomerance, R. Barton Palmer
Categories: Performing Arts
Think about some commercially successful film masterpieces--The Manchurian Candidate. Seven Days in May. Seconds. Then consider some lesser known, yet equally compelling cinematic achievements--The Fixer. The Gypsy Moths. Path to War. These triumphs are the work of the best known and most highly regarded Hollywood director to emerge from live 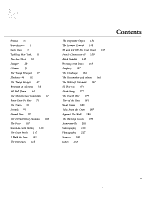 Authors: Charles Champlin, John Frankenheimer
Categories: Performing Arts
This oral history of one of the few directors who moved from the Golden Age of live and taped television in the '50s to prominence in the world of theatrical feature films reveals wonderful insights into the career of a master filmmaker. His films include: Birdman of Alcatraz, The Manchurian