John Ray is considered the outstanding British natural historian of the 17th century. His first publication, A catalogue of plants growing around Cambridge (1660) is famous as the first British County Flora. It is a complex work, not only a botanical catalogue but also has “for the benefit of beginners” indexes of English names and of places (with lists of the rarer species of 12 areas in the county) together with chapters on the meanings of plant names and of botanical terms (hitherto untranslated). Ray’s abilities as an all-round naturalist are apparent from the numerous observations and digressions in the text. This book includes a complete translation from the Latin of the work together with the rare appendices to the Catalogue, published in 1663 and 1685, translated for the first time. The editorial commentary on the text is included in nearly 2000 footnotes which outline problems of translation, discuss the identity of some of Ray’s more problematic species, identify his cited and some of his uncited sources and detail the treatment in his later works of some of the plant variants (such as colour forms) that he regarded as species in 1660. The translation is preceded by introductory chapters which use unpublished manuscripts and recently published studies to present a new account of Ray’s time in the University of Cambridge and the possible roles of his collaborators. The work’s structure and sources are analysed, biographical portraits of the botanists cited by Ray provided together with a discussion of the problems of equating his names to modern taxa. The book ends with a vocabulary of the epithets in Ray’s Latin plant names, a gazetteer and a bibliography. As Professor Oliver Rackham comments in his foreword, other editions and commentaries on the ‘Cambridge Catalogue’ exist “but none does justice to its complexity, its discursiveness, its allusiveness, the circumstances of its writing, its vast bibliography or Ray’s other works associated with it as appendices or supplements”. Ewen and Lewis’ 1975 translation was limited to the text considered relevant to a ‘modern reader’ and excluded, for example, the chapters on technical terms and on etymology preventing a full assessment of Ray’s work. The authors both live in Cambridge and are Honorary Members of the Botanical Society of the British Isles and graduates of the University of Cambridge. Philip Oswald has a degree in Classics and Theology and Chris Preston a doctorate in Botany, thus combining John Ray’s principal interests.

Authors: John Ray, P. H. Oswald, Christopher David Preston
Categories: Nature
John Ray is considered the outstanding British natural historian of the 17th century. His first publication, A catalogue of plants growing around Cambridge (1660) is famous as the first British County Flora. It is a complex work, not only a botanical catalogue but also has “for the benefit of beginners” 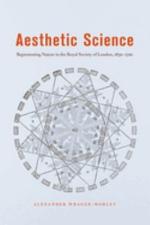 Authors: Alexander Wragge-Morley
Categories: Knowledge, Theory of
"The scientists affiliated with the early Royal Society of London have long been regarded as forerunners of modern empiricism, rejecting the symbolic and moral goals of Renaissance natural history in favor of plainly representing the world as it really was. Alexander Wragge-Morley challenges this interpretation by arguing that key figures 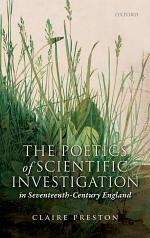 The Poetics of Scientific Investigation in Seventeenth-century England

Authors: Claire Preston
Categories: Literary Criticism
This study examines the way that scientists in the 16th and 17th centuries, who had not studied 'science' formally, used the tools of their literary education to formulate ideas about science and, at the same time, how the remarkable 17th-century scientific developments inspired non-scientific writers to make new fictions of 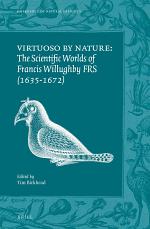 Virtuoso by Nature: The Scientific Worlds of Francis Willughby FRS (1635-1672)

Authors: Tim Birkhead
Categories: Science
Francis Willughby transformed the study of natural history in the mid-1600s. Using previously unexplored archives and new discoveries we show that Willughby was a polymath, a true virtuoso, who made original contributions to many different fields of endeavor. 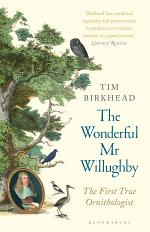 Authors: Tim Birkhead
Categories: Biography & Autobiography
'Birkhead has combined ingenuity and perseverance to produce an evocative portrait of a great pioneer in the scientific study of birds' Literary Review Francis Willughby lived and thrived in the midst of the scientific revolution of the seventeenth century. Along with his Cambridge tutor John Ray, Willughby was determined to