"A group of young men in Jacksonville, Florida, arranged to celebrate Lincoln's birthday in 1900. My brother, J. Rosamond Johnson, and I decided to write a song to be sung at the exercise. I wrote the words and he wrote the music. Our New York publisher, Edward B. Marks, made mimeographed copies for us and the song was taught to and sung by a chorus of five hundred colored school children. "Shortly afterwards my brother and I moved from Jacksonville to New York, and the song passed out of our minds. But the school children of Jacksonville kept singing it, they went off to other schools and sang it, they became teachers and taught it to other children. Within twenty years it was being sung over the South and in some other parts of the country. Today, the song, popularly known as the Negro National Hymn, is quite generally used. "The lines of this song repay me in elation, almost of exquisite anguish, whenever I hear them sung by Negro children." —James Weldon Johnson, 1935 Pasted into Bibles, schoolbooks, and hearts, "Lift Every Voice and Sing," written by J. Rosamond Johnson and James Weldon Johnson in 1900, has become one of the most beloved songs in the African American community—taught for years in schools, churches, and civic organizations. Adopted by the NAACP as its official song in the 1920s and sung throughout the civil rights movement, it is still heard today at gatherings across America. James Weldon Johnson's lyrics pay homage to a history of struggle but never waver from a sense of optimism for the future—"facing the rising sun of our new day begun, let us march on till victory is won." Its message of hope and strength has made "Lift Every Voice and Sing" a source of inspiration for generations. In celebration of the song's centennial, Julian Bond and Sondra Kathryn Wilson have collected one hundred essays by artists, educators, politicians, and activists reflecting on their personal experiences with the song. Also featuring photos from historical archives, Lift Every Voice and Sing is a moving illustration of the African American experience in the past century. With contributors including John Hope Franklin, Jesse Jackson, Maya Angelou, Norman Lear, Maxine Waters, and Percy Sutton, this volume is a personal tribute to the enduring power of an anthem. "Lift Every Voice and Sing" has touched the hearts of many who have heard it because its true aim, as Harry Belafonte explains, "isn't just to show life as it is but to show life as it should be." 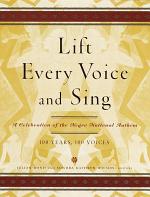 Lift Every Voice and Sing

Authors: Julian Bond, Dr. Sondra Kathryn Wilson
Categories: Social Science
"A group of young men in Jacksonville, Florida, arranged to celebrate Lincoln's birthday in 1900. My brother, J. Rosamond Johnson, and I decided to write a song to be sung at the exercise. I wrote the words and he wrote the music. Our New York publisher, Edward B. Marks, made 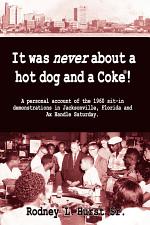 It Was Never about a Hotdog and a Coke

Authors: Rodney L. Hurst
Categories: History
On August 27, 1960, more than 200 whites with ax handles and baseball bats attacked members of the Jacksonville Youth Council NAACP who were sitting in at white lunch counters protesting racism and segregation. This work chronicles what led to that moment and its aftermath. 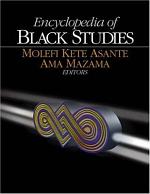 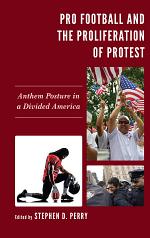 Pro Football and the Proliferation of Protest 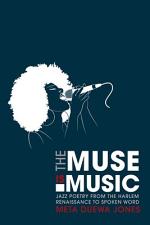 The Muse is Music