There has been a lack of reliable academic studies regarding Filipino martial arts (FMA) that have uniquely developed in the Philippine archipelago. This anthology assembles pioneering scholarly materials valuable for any interested in the Filipino combatives, as well as chapters specifically on the practice. Mark Wiley stands out as a leading scholar/practitioner of the Filipino arts. This book contains three chapters by him. In the first, he conducted linguistic and historical research to present the developmental background of the ancient Filipino kali and European fencing systems, thus illuminating the evolution of classical eskrima. In chapter two, Wiley attempts to classify Filipino martial arts and explore the ethos of Filipino martial culture by deriving information directly from the contemporary grandmasters who have maintained an oral transmission of information concerning the evolution and development of their respective martial systems. Part of Wiley’s research also led him to seek out special repositories of artifacts. Museums collections rarely include much on Southeast Asian weapons. University of Pennsylvania Museum of Archaeology and Anthropology has nearly 1,000 martial artifacts in storerooms from the Philippines, including swords, knives, spears, shields, helmets, and armor discussed in Wiley’s third chapter. On a practical side, Steven Dowd presents the art of Carlita Lañada who studied martial arts as passed down within his own family in the Philippines. He calls his rendition Kuntaw Lima-Lima, an art whose techniques are reminiscent of Okinawan karate styles, with hints of Chinese gongfu. Presented are the underlying principles, and a sayawan (form) with applications. Majia Soderholm’s chapter is about Visayan Corto Kadena Eskrima and some of its concepts and training methods with regard to free-sparring with swords. It is a Filipino martial system encompassing empty-hand and non-bladed and bladed weapons. Peter Hobart presents a wonderful tribute to Remy Presas, the founder of Modern Arnis. This retrospective is comprised of the stories and memories of many of those who knew him. Topics include Presas’ theory and practice of arnis, such as importance of flow, and memories of his last seminar. The chapter by Ruel Macaraeg dives into the topic of piracy in the Philippines. His study reconstructs the pirates’ martial practices through comparative historical analysis of their weapons, costume, and organization in order to draw conclusions about their relationship to martial cultures in the Philippines and across the region. In the final chapter, Ken Smith discusses a few of his favorite techniques from Modern Arnis. His insights—as well as the information found in the previous chapters—contribute to the academic understanding of Filipino martial traditions as well as the actual practice of kali, escrima, and arnis. We hope you’ll enjoy the reading. 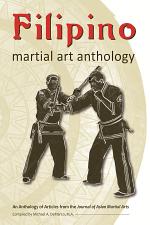 Authors: Michael DeMarco, MA., et al.
Categories: Sports & Recreation
There has been a lack of reliable academic studies regarding Filipino martial arts (FMA) that have uniquely developed in the Philippine archipelago. This anthology assembles pioneering scholarly materials valuable for any interested in the Filipino combatives, as well as chapters specifically on the practice. Mark Wiley stands out as a 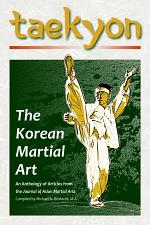 Authors: Michael DeMarco
Categories: Sports & Recreation
When people discuss Korean martial arts, they rarely mention taekyon. They are usually totally unfamiliar with the name because there hasn’t been much written about it. The four chapters in this anthology give an excellent overview of taekyon as a system noted for it’s dance-like qualities and combative style, especially 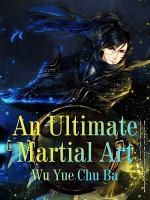 Authors: Wu YueChuBa
Categories: Fiction
In previous life, in order to save his sister, Su Ye volunteered to sacrifice for the gods of nine heavens. He did not expect that all this is the man's trick to let him die in vain. Su Ye had learned the truth, was unacceptable for a moment, and died 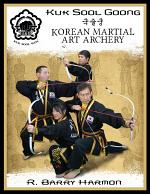 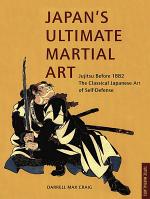 Authors: Darrell Max Craig
Categories: Sports & Recreation
With extensive, step-by-step photographs and instructions, this jiu-jitsu guide is an effective tool for mastering this ancient martial art. The original Japanese martial art developed by the elite samurai class during Japan's feudal era, Jiu-jitsu is the forerunner of Judo and the precursor of today's ultimate fighting styles, such as