This book is the first extensive research on the role of poetry during the Iranian Revolution (1979) and the Iran-Iraq War (1980-1988). How can poetry, especially peaceful medieval Sufi poems, be applied to exalt violence, to present death as martyrdom, and to process war traumas? Examining poetry by both Islamic revolutionary and established dissident poets, it demonstrates how poetry spurs people to action, even leading them to sacrifice their lives. The book's originality lies in fresh analyses of how themes such as martyrdom and violence, and mystical themes such as love and wine, are integrated in a vehemently political context, while showing how Shiite ritual such as the pilgrimage to Mecca clash with Saudi Wahhabi appreciations. A distinguishing quality of the book is its examination of how martyrdom was instilled in the minds of Iranians through poetry, employing Sufi themes, motifs and doctrines to justify death. Such inculcation proved effective in mobilising people to the front, ready to sacrifice their lives. As such, the book is a must for readers interested in Iranian culture and history, in Sufi poetry, in martyrdom and war poetry. Those involved with Middle Eastern Studies, Iranian Studies, Literary Studies, Political Philosophy and Religious Studies will benefit from this book. "From his own memories and expert research, the author gives us a ravishing account of 'a poetry stained with blood, violence and death'. His brilliantly layered analysis of modern Persian poetry shows how it integrates political and religious ideology and motivational propaganda with age-old mystical themes for the most traumatic of times for Iran." (Alan Williams, Research Professor of Iranian Studies, University of Manchester) "When Asghar Seyed Gohrab, a highly prolific academician, publishes a new book, you can be certain he has paid attention to an exciting and largely unexplored subject. Martyrdom, Mysticism and Dissent: The Poetry of the 1979 Iranian Revolution and the Iran-Iraq War (1980-1988) is no exception in the sense that he combines a few different cultural, religious, mystic, and political aspects of Iranian life to present a vivid picture and thorough analysis of the development and effect of what became known as the revolutionary poetry of the late 1970s and early 1980s. This time, he has even enriched his narrative by inserting his voice into his analysis. It is a thoughtful book and a fantastic read." (Professor Kamran Talattof, University of Arizona) 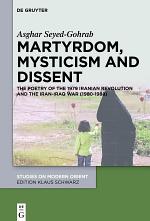 Authors: Asghar Seyed-Gohrab
Categories: Religion
This book is the first extensive research on the role of poetry during the Iranian Revolution (1979) and the Iran-Iraq War (1980-1988). How can poetry, especially peaceful medieval Sufi poems, be applied to exalt violence, to present death as martyrdom, and to process war traumas? Examining poetry by both Islamic 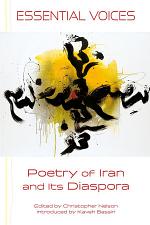 Essential Voices: Poetry of Iran and Its Diaspora

Authors: Christopher Nelson
Categories: Poetry
The Essential Voices series intends to bridge English-language readers to cultures misunderstood and under- or misrepresented. It has at its heart the ancient idea that poetry can reveal our shared humanity. The anthology features 130 poets and translators from ten countries, including Garous Abdolmalekian, Kaveh Akbar, Kazim Ali, Reza Baraheni, 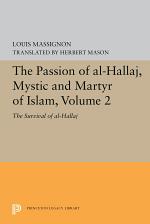 The Passion of Al-Hallaj, Mystic and Martyr of Islam, Volume 2

Authors: Louis Massignon
Categories: Religion
Volume 2 of 4. Encompassing the whole milieu of early Islamic civilization, this major work of Western orientalism explores the meaning of the life and teaching of the tenth-century mystic and martyr, al-Hallaj. With profound spiritual insight and transcultural sympathy, Massignon, an Islamicist and scholar of religion, penetrates Islamic mysticism 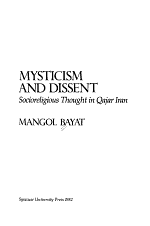 Authors: Mangol Bayat
Categories: Religion
This history examines the complex origins of religious dissent in 19th century Qajar Iran (then known to Westerners as Persia), & how it provided a mood & attitude which led to far-reaching political dissent, culminating in the establishment of a new government in 1906. The author extracts social & political 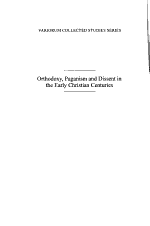 Orthodoxy, Paganism, and Dissent in the Early Christian Centuries