Logan knows how to have fun. It’s what he does best. As a construction manager he knows all about hard work and responsibility, too. He can’t always make life fun for the guys on his crew, but he sure as hell makes up for it when it’s time to clock out. Women are his favorite kind of fun to have. So, he has a bit of a reputation? So, what? He doesn’t have a problem with that. If his reputation goes before him, it will scare off the girls who don’t like to play – and act as a siren call to the players. But will that reputation scare off the one girl he’s more than just interested in? Roxy’s been in Summer Lake for a few years now. She doesn’t miss the life and friends she left behind—or the reason she left it all behind. She’s made new friends and small-town life suits her just fine. There’s no new man in the picture, but that’s okay. She’s not sure she’d want one anyway. Her guy friends look out for her, and she’s not above looking at Logan. He’s gorgeous! But looking is all she’ll ever do. He’s not boyfriend material, he’s a player and a big old flirt. At least that’s all he’s ever shown himself to be. But when part of her old life shows up at the lake, Logan’s ready to step up and show he’s a true friend – and maybe a whole lot more. This book is intended for adult readers 18+ ************************** Summer Lake Seasons series is sweet n steamy, small town romance with a focus on fun, friendships and happily ever afters. It follows a group of friends in a small lakeside town in the California hills. Take These Broken Wings Too Much Love to Hide Sunshine Over Snow Summer Lake Series In the original Summer Lake Series each book can be read as a standalone – no cliff hangers here! Each book contains one couple's story. Love Like You've Never Been Hurt - Emma and Jack Work Like You Don't Need the Money - Pete and Holly Dance Like Nobody's Watching - Missy and Dan Fly Like You've Never Been Grounded - Smoke and Laura Laugh Like You've Never Cried - Michael and Megan Sing Like Nobody's Listening - Kenzie and Chase Smile Like You Mean It - Gabe and Renée The Wedding Dance - Missy and Dan's Wedding Chasing Tomorrow - Ben's backstory with Charlotte Dream Like Nothing's Impossible - April and Eddie Ride Like You've Never Fallen - Nate and Lily Live Like There's No Tomorrow - Ben's story The Wedding Flight – Smoke and Laura’s Wedding Summer Lake Silver is a new series featuring couple in their fifties and older. Just because a few decades—or more—have skipped by since you were in your twenties it doesn’t mean you can’t find love, does it? Summer Lake Silver stories find happily ever afters for those who remember being thirty-something—vaguely. Like Some Old Country Song – Clay and Marianne A Dream Too Far - Seymour and Chris Remington Ranch series Meet the sexy brothers of Remington Ranch! Just like in SJ's Summer Lake Romance series you can expect a story that is both sweet and steamy! Mason Shane Carter Beau Four Weddings and a Vendetta A Chance and a Hope Trilogy These are NOT meant to be read as standalone stories and need to be read in order. Book 1: Chance Encounter Book 2: Finding Hope Book 3: Give Hope a Chance Love in Nashville Just like the road to The Grand Ole Opry only those who are prepared to work for it can find true love. Bring on the Night There are many more to come The Hamiltons Series This series follows the Hamilton family in California who own one of the largest wine growing and distribution businesses in the country. Wine may be the heart of their business but it isn’t their only passion. Red Wine and Roses Champagne and Daisies Marsala and Magnolias Prosecco and Peonies The Davenports Series The sexy brothers, of the Billionaire Davenport family. In their own words they are - the "Suit", the "Vet" and the "Geek." Oscar TJ Reid

Authors: SJ McCoy
Categories: Man-woman relationships
Mason Remington fell in love with his little brother's best friend, Gina, when she was still in high school. It seemed they'd found their forever early in life. But somehow it all went wrong. Now - ten years later - Gina's back in town. This time he doesn't intend to 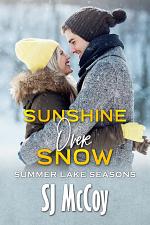 Authors: SJ McCoy
Categories: Fiction
Logan knows how to have fun. It’s what he does best. As a construction manager he knows all about hard work and responsibility, too. He can’t always make life fun for the guys on his crew, but he sure as hell makes up for it when it’s time to clock 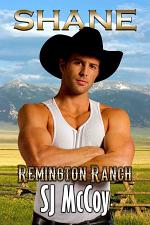 Authors: SJ McCoy
Categories: Fiction
Shane Remington has it all. He has a great family. He’s built his guest ranch into a great business. He’s a good-looking guy and he knows it. Everyone loves him. He may not have a woman, but that’s okay, he can have any woman he wants—and usually does. There is 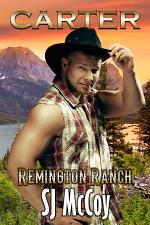 Authors: SJ McCoy
Categories: Fiction
Carter Remington is a stand-up kind of guy. He leads a quiet life, running his landscaping business and working out at the gym. Family is one of his main concerns. He likes to make sure his brothers and his parents are all okay. He used to think he’d have a 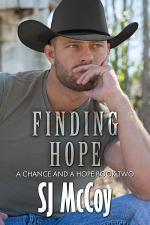 Authors: SJ McCoy
Categories: Fiction
His time in Oregon didn’t end the way he’d hoped, and now Chance is back at the ranch. He put himself out there, made an attempt at opening up his heart to happiness, but it didn’t work out. Maybe he’s just not supposed to be happy? That’s what he’s starting