"Vivid and remarkably fresh...Philbrick has recast the Pilgrims for the ages."--The New York Times Book Review Finalist for the Pulitzer Prize in History New York Times Book Review Top Ten books of the Year With a new preface marking the 400th anniversary of the landing of the Mayflower. How did America begin? That simple question launches the acclaimed author of In the Hurricane's Eye and Valiant Ambition on an extraordinary journey to understand the truth behind our most sacred national myth: the voyage of the Mayflower and the settlement of Plymouth Colony. As Philbrick reveals in this electrifying history of the Pilgrims, the story of Plymouth Colony was a fifty-five year epic that began in peril and ended in war. New England erupted into a bloody conflict that nearly wiped out the English colonists and natives alike. These events shaped the existing communites and the country that would grow from them. 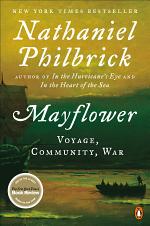 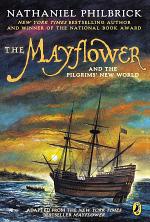 The Mayflower and the Pilgrims' New World

Authors: Nathaniel Philbrick
Categories: Juvenile Nonfiction
Offers the true story of the pioneers who crossed the Atlantic to establish a new world in Massachusetts, the challenges they faced upon their arrival, and their relationship with the local Native Americans. 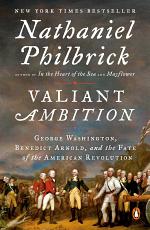 Authors: Nathaniel Philbrick
Categories: History
A New York Times Bestseller Winner of the George Washington Prize A surprising account of the middle years of the American Revolution and the tragic relationship between George Washington and Benedict Arnold, from the New York Times bestselling author of In The Heart of the Sea, Mayflower, and In the 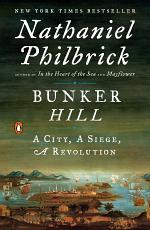 Authors: Nathaniel Philbrick
Categories: History
The bestselling author of In the Heart of the Sea, Mayflower, and In the Hurricane's Eye tells the story of the Boston battle that ignited the American Revolution, in this "masterpiece of narrative and perspective." (Boston Globe) In the opening volume of his acclaimed American Revolution series, Nathaniel Philbrick turns