Reviled as a fascist by his great rival Ben-Gurion, venerated by Israel’s underclass, the first Israeli to win the Nobel Peace Prize, a proud Jew but not a conventionally religious one, Menachem Begin was both complex and controversial. Born in Poland in 1913, Begin was a youthful admirer of the Revisionist Zionist Ze’ev Jabotinsky and soon became a leader within Jabotinsky’s Betar movement. A powerful orator and mesmerizing public figure, Begin was imprisoned by the Soviets in 1940, joined the Free Polish Army in 1942, and arrived in Palestine as a Polish soldier shortly thereafter. Joining the underground paramilitary Irgun in 1943, he achieved instant notoriety for the organization’s bombings of British military installations and other violent acts. Intentionally left out of the new Israeli government, Begin’s right-leaning Herut political party became a fixture of the opposition to the Labor-dominated governments of Ben-Gurion and his successors, until the surprising parliamentary victory of his political coalition in 1977 made him prime minister. Welcoming Egyptian president Anwar Sadat to Israel and cosigning a peace treaty with him on the White House lawn in 1979, Begin accomplished what his predecessors could not. His outreach to Ethiopian Jews and Vietnamese “boat people” was universally admired, and his decision to bomb Iraq’s nuclear reactor in 1981 is now regarded as an act of courageous foresight. But the disastrous invasion of Lebanon to end the PLO’s shelling of Israel’s northern cities, combined with his declining health and the death of his wife, led Begin to resign in 1983. He spent the next nine years in virtual seclusion, until his death in 1992. Begin was buried not alongside Israel’s prime ministers, but alongside the Irgun comrades who died in the struggle to create the Jewish national home to which he had devoted his life. Daniel Gordis’s perceptive biography gives us new insight into a remarkable political figure whose influence continues to be felt both within Israel and throughout the world. This title is part of the Jewish Encounters series. 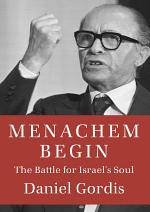 Authors: Daniel Gordis
Categories: Biography & Autobiography
Reviled as a fascist by his great rival Ben-Gurion, venerated by Israel’s underclass, the first Israeli to win the Nobel Peace Prize, a proud Jew but not a conventionally religious one, Menachem Begin was both complex and controversial. Born in Poland in 1913, Begin was a youthful admirer of the 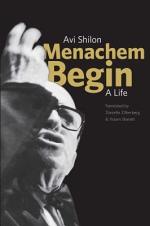 Authors: Avi Shilon
Categories: Biography & Autobiography
A full-scale portrait of the enigmatic Israeli leader draws on wide-ranging archival research and testimonials by his closest advisors to explore such topics as Begin's antagonistic relationship with David Ben-Gurion, his controversial role in the 1982 Lebanon War, his leadership style and his changing ideologies. 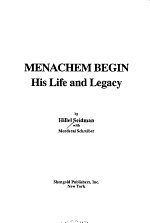 Authors: Hillel Seidman, Mordecai Schreiber
Categories: Biography & Autobiography
At last a book that sets the record straight about one of the greatest Jewish leaders of our time. Through personal anecdotes and insights based on years of research, Dr. Seidman, Begin's lifelong friend and a distinguished writer and journalist, pays tribute to the man who played the decisive role 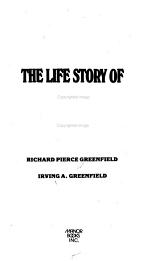 The Life Story of Menachem Begin 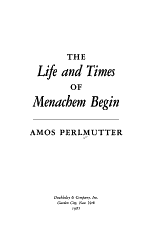 The Life and Times of Menachem Begin

Authors: Amos Perlmutter
Categories: History
Documented by in-depth research into Begin's family origins in Poland, his Holocaust experiences and his years as a guerrilla leader in Palestine, this biography draws together the threads of Begin's life and career in Israeli politics