Political satire has been a primary weapon of the press since the eighteenth century and is still intimately associated with one of the most important values of western democratic society: the right of individuals to free speech. This study documents one of the most important moments in the history of printed political imagery, when political print became what we would recognise as modern political satire. Contrary to conventional historical and art historical narratives, which place the emergence of political satire in the news-driven coffee-house culture of eighteenth-century London, Meredith M. Hale locates the birth of the genre in the late seventeenth-century Netherlands in the contentious political milieu surrounding William III's invasion of England known as the 'Glorious Revolution'. The satires produced between 1688 and 1690 by the Dutch printmaker Romeyn de Hooghe on the events surrounding William III's campaigns against James II and Louis XIV establish many of the qualities that define the genre to this day: the transgression of bodily boundaries; the interdependence of text and image; the centrality of dialogic text to the generation of meaning; serialized production; and the emergence of the satirist as a primary participant in political discourse. This study, the first in-depth analysis of De Hooghe's satires since the nineteenth century, considers these prints as sites of cultural influence and negotiation, works that both reflected and helped to construct a new relationship between the government and the governed. 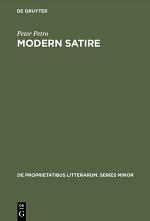 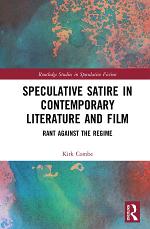 Authors: Kirk Combe
Categories: Literary Criticism
Since 1980, when neoliberal and neoconservative forces began their hostile takeover of western culture, a new type of political satire has emerged that works to unmask and deter those toxic doctrines. Literary and cultural critic Kirk Combe calls this new form of satire the Rant. The Rant is grim, highly 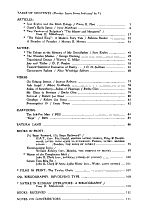 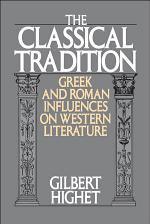 The Classical Tradition : Greek and Roman Influences on Western Literature

Authors: Gilbert Highet
Categories: Literary Criticism
A reissue in paperback of a title first published in 1949. 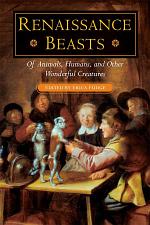 Authors: Erica Fudge
Categories: Literary Criticism
An anthology that addresses and reassesses how animals were used and regarded in Renaissance culture, the contributors to this unusual collection challenge contemporary as well as historical views of the boundaries and hierarchies humans presume the natural world to contain.