Visionary designer Jack Northrop built a series of experimental "flying wing" aircraft both before and during WWII. The YB-35, a propeller-driven strategic bomber featuring the drag-reducing all-wing design, offered enormous payload capacity and terrific endurance. The YB-49, a turbojet-powered variant built on the YB-35 airframe, captured the imagination of the world when it first flew in 1947. It quickly set both an unofficial endurance record and a trans-continental speed record, and appeared poised for rapidly deployment. Tragically, in June of 1948 one of two flying prototypes was destroyed when the aircraft suffered a structural failure during a test flight. In hearings after the accident, evidence was presented that in certain circumstances the aircraft could become unstable and exceed the capabilities of a human pilot. Shortly thereafter the YB-49 program was canceled. Jack Northrop's radical design was shelved for a generation, only to re-emerge in the form of the B-2 Spirit Stealth bomber - an aircraft that relies upon computerized controls to ensure stability in flight. Originally printed by Northrop Aircraft in 1948, this YB-49 Flying Wing pilot's flight manual taught pilots everything they needed to know before entering the cockpit. Originally classified "Restricted," the manual was declassified long ago and is here reprinted in book form. This affordable facsimile has been slightly reformatted. Care has been taken however to preserve the integrity of the text. 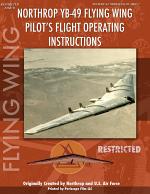 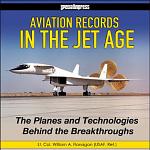 Aviation Records in the Jet Age

Authors: William A. Flanagan
Categories: History
Since aviation's early years, pilots, designers, and manufacturers have sought to break world records for notoriety or technical advancement, which captivated the public. This book tells of famous record-breaking flights throughout history, focusing on the exciting time following World War II when new speed, altitude, and endurance records were broken