Victor Yong Jen Ong, Chinese of Republic of China origin, was credentialed at Harvard University in global security and conflict studies, and appeared in American Thinker, Israel365 and Oriental Daily News. Born and raised in Malaysia, Ong has seen firsthand the politics of Islam and the subservient dhimmitude of non-Islamic ethnic groups in the country. He is a researcher-analyst for a diaspora association, liaison for learners to American universities, and a Republican and active Zionist, and has led literature study groups and community roundtables in North America and peninsular Malaysia. Victor has an MBA in corporate ethics from the Federation University of Australia.In Old China, Older Israel: The Chinese Republican and Noncommunist Commentary on the Declaration of Independence of the State of Israel, Victor Yong Jen Ong provides a powerful and provocative look at ways to safeguard Israel as well as transition China's governmental structure in this century. Through a unique Chinese perspective, Yong Jen Ong reveals an anticommunist understanding of the significance and purpose of Israel and how the best future for Israel lies within the truth of its Declaration of Independence.Through the book's twenty-one chapters, Yong Jen Ong presents a specific portion of the Declaration of Independence of the State of Israel, sequentially and without abridgement. Within each chapter, you will gain revelatory knowledge about the inherent foundations of Jewish sovereignty as Yong Jen Ong invites an ethnically Chinese examination of the Jewish case.With logical deductions aimed at advancing Chinese civilian support for the strengthening of Israel as a Jewish republic, Old China, Older Israel will help you navigate the current political issues surrounding Israel. In this new decade and the political changes it brings, the wisdom within Old China, Older Israel is incredibly timely. Yong Jen Ong's message of preserving liberty and national freedom declares a bold and necessary mission in the face of pervasive atheism and communism.As the government of Mainland China renders continuous, shameless, and brazen support for Arab Palestine, it is endangering the Jewish State of Eretz Israel. Yong Jen Ong bravely stands against the leftism of Beijing and explores how Beijing is harming the welfare and longevity of the Jewish people in the Eretz and the diaspora.Within Old China, Older Israel, you'll discover the responsibility of the international community and Chinese civilians to stand up for Israel, for the Republic of China, and for the freedom of the world.

Authors: Yong Jen Ong
Categories:
Victor Yong Jen Ong, Chinese of Republic of China origin, was credentialed at Harvard University in global security and conflict studies, and appeared in American Thinker, Israel365 and Oriental Daily News. Born and raised in Malaysia, Ong has seen firsthand the politics of Islam and the subservient dhimmitude of non-Islamic 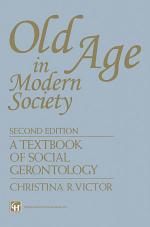 Authors: Christina R. Victor
Categories: Social Science
Old age is a part of the lifecycle about which there are numerous myths and stereotypes. To present an overstatement of commonly held beliefs, the old are portrayed as dependent individuals, characterized by a lack of social autonomy, unloved and neglected by both their immediate family and friends; and posing 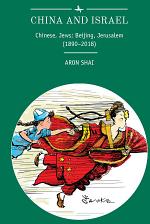 Authors: Aron Shai
Categories: Political Science
In the fascinating story of Israel-China relations, unique history and culture intertwine with complex diplomacy and global business ventures—some of which have reached impressive success. China and Israel is a living collage that addresses these issues from a point of view that combines the professional and the personal. This book 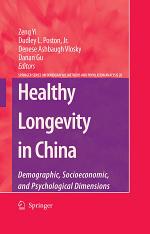 Authors: Yi Zeng, Dudley L. Poston, Denese Ashbaugh Vlosky, Danan Gu
Categories: Social Science
Key research in the world’s largest aging population – in China – has fed into this important new work, which aims to answer questions critical to older people worldwide. These include: is the period of disability compressing or expanding with increasing life expectancy and what factors are associated with these 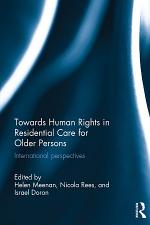 Towards Human Rights in Residential Care for Older Persons

Authors: Helen Meenan, Nicola Rees, Israel Doron
Categories: Law
People are leading significantly longer lives than previous generations did, and the proportion of older people in the population is growing. Residential care for older people will become increasingly necessary as our society ages and, we will require more of it. At this moment in time, the rights of older