In a newly discovered universe of black holes, gravity waves, quantum bi-location, the big bang, and a practical infinity of stars, galaxies and planets, how does Christian dogma fit in, if at all? In fact, this new book, "On the Possibility of a Christian Cosmology," argues that there exists the real possibility of applying a Christian view of the created universe taken from the Bible and tradition to the well-established theories and discoveries of recent scientific cosmology. To name just one aspect shared by both, modern scientific cosmological description begins with a "big bang," the arrival of time and space in an instant, and projects an endpoint in the future thus describing a long, but limited, lifespan to the universe as a whole. Christian doctrine also projects a timeline in which the universe as in Genesis is created at a definite point in time (in fact at the beginning of time), but will at the Second Coming not be destroyed, but rather will reach a cumulative climax, i.e. an endpoint of revelation and ultimate glory. In between the different accounts of beginnings and the endpoints, are two different accounts of history. On the one hand, the physical development of the stars, galaxies and elements, the formation of the earth, the origin of life (still a scientific mystery), evolution, the arrival of the human species, scientific knowledge, and technological application. On the other, Creation, the fall of man, the coming of Christ as the Second Person of the Trinity, and the Second Coming at which the universe will be "rolled up like a scroll," and the elements burned away. (St. Peter) Can these two seemingly contradictory accounts of human and cosmic history be made to accommodate each other? "On the Possibility of a Christian Cosmology" answers "Yes" to this question, hopefully paving the way to further discussion.

On the Possibility of a Christian Cosmology

Authors: John C. Caiazza
Categories:
In a newly discovered universe of black holes, gravity waves, quantum bi-location, the big bang, and a practical infinity of stars, galaxies and planets, how does Christian dogma fit in, if at all? In fact, this new book, "On the Possibility of a Christian Cosmology," argues that there exists the 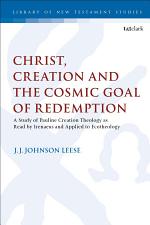 Christ, Creation and the Cosmic Goal of Redemption

Authors: J.J. Johnson Leese
Categories: Religion
J. J. Johnson Leese discusses how the apostle Paul's writing on Christ's relationship to creation, read alongside the interpretations of Irenaeus of Lyon, provide a meaningful contribution to contemporary debates on the interrelationship between religion and nature. Leese draws upon the integration of three related scholarly trends – the increased 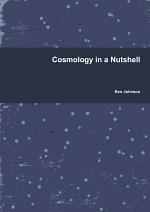 Cosmology in a Nutshell

Authors: Ken Johnson
Categories: Science
This is a short book on basic cosmology designed for the reader with little or no prior knowledge of the subject. Starting with simple physics it moves on to discuss the universe, relativity, time, basic particle theory, quantum mechanics and the possibility of a multi-universe. The book employs simplifications of 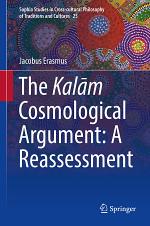 The Kalām Cosmological Argument: A Reassessment

Authors: Jacobus Erasmus
Categories: Philosophy
This book offers a discussion of the kalām cosmological argument, and presents a defence of a version of that argument after critically evaluating three of the most important versions of the argument. It argues that, since the versions of the kalām cosmological argument defended by Philoponus (c. 490–c. 570), al-Ghazālī 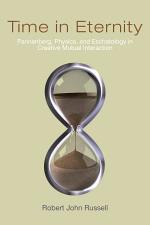 Authors: Robert John Russell
Categories: Science
According to Robert John Russell, one of the foremost scholars on relating Christian theology and science, the topic of “time and eternity” is central to the relation between God and the world in two ways. First, it involves the notion of the divine eternity as the supratemporal source of creaturely