Matthew Head explores the cultural meanings of Mozart's Turkish music in the composer's 18th-century context, in subsequent discourses of Mozart's significance for 'Western' culture, and in today's (not entirely) post-colonial world. Unpacking the ideological content of Mozart's numerous representations of Turkey and Turkish music, Head locates the composer's exoticisms in shifting power relations between the Austrian and Ottoman Empires, and in an emerging orientalist project. At the same time, Head complicates a presentist post-colonial critique by exploring commercial stimuli to Mozart's turquerie, and by embedding the composer's orientalism in practices of self-disguise epitomised by masquerade and carnival. In this context, Mozart's Turkish music offered fleeting liberation from official and proscribed identities of the bourgeois Enlightenment. 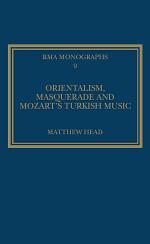 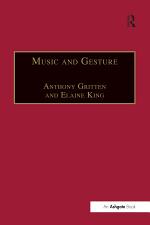 Authors: Elaine King
Categories: Music
This volume showcases key theoretical ideas and practical considerations in the growing area of scholarship on musical gesture. The book constructs and explores the relations between music and gesture from a range of differing perspectives, identifying theoretical approaches and examining the nature of certain types of gesture in musical performance. 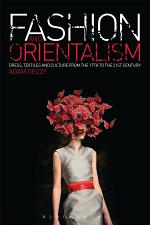 Authors: Adam Geczy
Categories: Design
Orientalism is a central factor within the fashion system, both subtle and overt. In this groundbreaking book, the author shows the extent of the influence that the Orient had, and continues to have, on fashion. Our concept of Western fashion is unthinkable without it, whether in terms of the growth 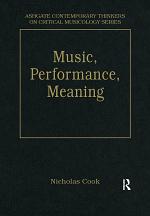 Authors: Nicholas Cook
Categories: Music
This selection of sixteen of Nicholas Cook's essays covers the period from 1987 to 2004 and brings out the development of the author's ideas over these years. In particular the two keywords of the title -Meaning and Performance- represent critical directions that expand to the point that, by the end 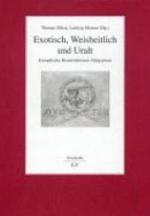