In a sweeping overview of four centuries of Mongolian history that draws on previously untapped sources, Johan Elverskog opens up totally new perspectives on some of the most urgent questions historians have recently raised about the role of Buddhism in the constitution of the Qing empire. Theoretically informed and strongly comparative in approach, Elverskog’s work tells a fascinating and important story that will interest all scholars working at the intersection of religion and politics. —Mark Elliott, Harvard University "Johan Elverskog has rewritten the political and intellectual history of Mongolia from the bottom up, telling a convincing story that clarifies for the first time the revolutions which Mongolian concepts of community, rule, and religion underwent from 1500 to 1900. His account of Qing rule in Mongolia doesn’t just tell us what images the Qing emperors wished to project, but also what images the Mongols accepted themselves, and how these changed over the centuries. In the scope of time it covers, the originality of the views advanced, and the accuracy of the scholarship upon which it is based, Our Great Qing seems destined to mark a watershed in Mongolian studies. It will be essential reading for specialists in Mongolian studies and will make an important contribution and riposte to the ‘new Qing history’ now changing the face of late imperial Chinese history. Specialists in Tibetan Buddhism and Buddhism’s interaction with the political realm will also find in this work challenging and thought-provoking." —ChristopherAtwood, Indiana University Although it is generally believed that the Manchus controlled the Mongols through their patronage of Tibetan Buddhism, scant attention has been paid to the Mongol view of the Qing imperial project. In contrast to other accounts of Manchu rule, Our Great Qing focuses not only on what images the metropole wished to project into Mongolia, but also on what images the Mongols acknowledged themselves. Rather than accepting the Manchu’s use of Buddhism, Johan Elverskog begins by questioning the static, unhistorical, and hegemonic view of political life implicit in the Buddhist explanation. By stressing instead the fluidity of identity and Buddhist practice as processes continually developing in relation to state formations, this work explores how Qing policies were understood by Mongols and how they came to see themselves as Qing subjects. In his investigation of Mongol society on the eve of the Manchu conquest, Elverskog reveals the distinctive political theory of decentralization that fostered the civil war among the Mongols. He explains how it was that the Manchu Great Enterprise was not to win over "Mongolia" but was instead to create a unified Mongol community of which the disparate preexisting communities would merely be component parts. A key element fostering this change was the Qing court’s promotion of Gelukpa orthodoxy, which not only transformed Mongol historical narratives and rituals but also displaced the earlier vernacular Mongolian Buddhism. Finally, Elverskog demonstrates how this eighteenth-century conception of a Mongol community, ruled by an aristocracy and nourished by a Buddhist emperor, gave way to a pan-Qing solidarity of all Buddhist peoples against Muslims and Christians and to local identities that united for the first time aristocrats with commoners in a new Mongol Buddhist identity on the eve of the twentieth century. 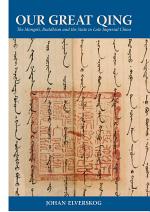 Authors: Johan Elverskog
Categories: History
In a sweeping overview of four centuries of Mongolian history that draws on previously untapped sources, Johan Elverskog opens up totally new perspectives on some of the most urgent questions historians have recently raised about the role of Buddhism in the constitution of the Qing empire. Theoretically informed and strongly 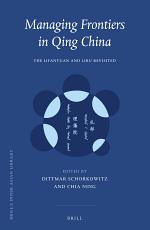 Authors: Johan Elverskog
Categories: History
This volume offers a comprehensive overview of the Lifanyuan and Libu, revising and assessing the state of affairs in the under-researched field of these two institutions. The contributors explore the imperial policies towards and the shifting classifications of minority groups in the Qing Empire. This volume offers insight into how 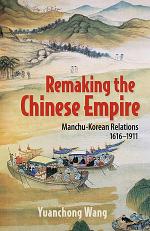 Authors: Yuanchong Wang
Categories: History
Remaking the Chinese Empire examines China’s development from an empire into a modern state through the lens of Sino-Korean political relations during the Qing period. Incorporating Korea into the historical narrative of the Chinese empire, it demonstrates that the Manchu regime used its relations with Chosŏn Korea to establish, legitimize, 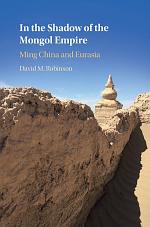 In the Shadow of the Mongol Empire 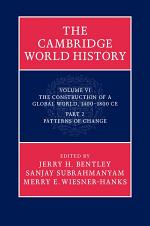