This book is an analysis of President Bush's Regional Defense Strategy first unveiled in Aspen, Colorado, on August 2, 1990. This strategy involves a mix of active, reserve, and reconstitutable forces, and General Colin Powell's Base Force. If implemented, the new strategy and force structure would return significant U.S. ground and air forces to the continental United States where most would be demobilized. In the event of a major crisis, the United States would rely on active and reserve forces for a contingency response, much as was done for Operation Desert Storm. The new national security strategy is based upon the 25 percent budget cut negotiated with Congress, a greatly depleted Russian threat, and a new international security environment that assumes two-years' warning of a European-centered global war with the former USSR. There are four major critical factors upon which the new strategy depends: (1) the continued decline of the Russians as a threat to world stability; (2) the ability of the intelligence community to meet new challenges; (3) the behavior of the allies and Congress; and (4) the ability of industry to meet new demands. The new strategy is not simply an adjustment to existing defense doctrine or strategy, but rather a fundamental revision of the way the United States has approached defense since 1945. Students and scholars interested in politico-military strategy and government policy will find this book of great interest. 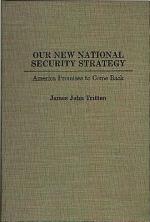 America Promises to Come Back 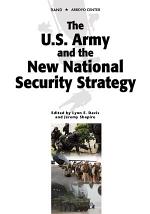 The U.S. Army and the New National Security Strategy

Authors: Lynn E. Davis, Jeremy Shapiro, Bruce Nardulli, Roger Cliff, Nora Bensahel
Categories: Political Science
This book examines the Army's role in the war on terrorism; the Army's homeland security needs; the implications of increased emphasis on Asia; the Army's role in coalition operations; the unfinished business of jointness-the lessons learned from operations and how to prepare for the future; the Army's deployability, logistical, and
Language: en
Pages: 29 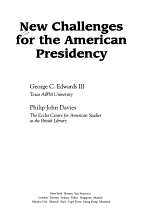 New Challenges for the American Presidency

Authors: George C. Edwards, Philip Davies
Categories: Political Science
With the 2004 Presidential Election just around the corner and a host of critically important challenges facing the presidency today, the top names in presidential studies have come together—for the first time ever in a single book—to examine those challenges and explore what they might mean for the American people.