This is undoubtedly the most valuable collection of historic photographs in America. It is believed to be the first time that the camera was used so extensively and practically on the battle-field. It is the first known collection of its size on the Western Continent and it is the only witness of the scenes enacted during the greatest crisis in the annals of the American nation. As a contribution to history it occupies a position that the higher art of painting, or scholarly research and literal description, can never usurp. It records a tragedy that neither the imagination of the painter nor the skill of the historian can so dramatically relate. The existence of this collection is unknown by the public at large. Even while this book has been in preparation eminent photographers have pronounced it impossible, declaring that photography was not sufficiently advanced at that period to prove of such practical use in War. Distinguished veterans of the Civil War have informed me that they knew positively that there were no cameras in the wake of the army. This incredulity of men in a position to know the truth enhances the value of the collection inasmuch that its genuineness is officially proven by the testimony of those who saw the pictures taken, by the personal statement of the man who took them, and by the Government Records. For forty-two years the original negatives have been in storage, secreted from public view, except as an occasional proof is drawn for some special use. How these negatives came to be taken under most hazardous conditions in the storm and stress of a War that threatened to change the entire history of the world is itself an interesting historical incident. Moreover, it is one of the tragedies of genius. While the clouds were gathering, which finally broke into the Civil War in the United States, there died in London one named Scott-Archer, a man who had found one of the great factors in civilization, but died poor and before his time because he had overstrained his powers in the cause of science. It was necessary to raise a subscription for his widow, and the government settled upon the children a pension of fifty pounds per annum on the ground that their father was "the discoverer of a scientific process of great value to the nation, from which the inventor had reaped little or no benefit." This was in 1857, and four years later, when the American Republic became rent by a conflict of brother against brother, Mathew B. Brady of Washington and New York, asked the permission of the Government and the protection of the Secret Service to demonstrate the practicability of Scott-Archer's discovery in the severest test that the invention had ever been given. Brady was an artist by temperament and gained his technical knowledge of portraiture in the rendezvous of Paris. He had been interested in the discoveries of Niepce and Daguerre and Fox-Talbot along the crude lines of photography but with the introduction of the collodion process of Scott-Archer he accepted the science as a profession and, during twenty-five years of labor as a pioneer photographer, took the likenesses of the political celebrities of the epoch and of eminent men and women throughout the country. Brady's request was granted and he invested heavily in cameras which were made specially for the hard usage of warfare. These cameras were cumbersome and were operated by what is known as the old wet-plate process, requiring a dark room which was carried with them onto the battle-fields. The experimental operations under Brady proved so successful that they attracted the immediate attention of President Lincoln, General Grant and Allan Pinkerton, known as Major Allen and chief of the Secret Service. Equipments were hurried to all divisions of the great army and some of them found their way into the Confederate ranks. To be continue in this ebook... 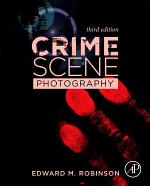 Authors: Edward M. Robinson
Categories: Law
Crime Scene Photography, Third Edition, covers the general principles and concepts of photography, while also delving into the more practical elements and advanced concepts of forensic photography. Robinson assists the reader in understanding and applying essential concepts in order to create images that are able to withstand challenges in court. 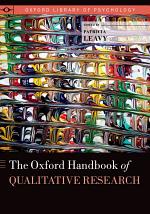 The Oxford Handbook of Qualitative Research

Authors: Patricia Leavy PhD
Categories: Psychology
The Oxford Handbook of Qualitative Research presents a comprehensive overview of the field of qualitative research. It is intended for students of all levels, faculty, and researchers across the social sciences. The contributors represent some of the most influential and innovative researchers in the field as well as emerging scholars. 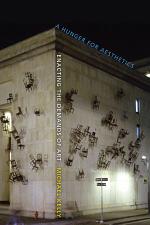 A Hunger for Aesthetics

Authors: Michael Kelly
Categories: Philosophy
For decades, aesthetics has been subjected to a variety of critiques, often concerning its treatment of beauty or the autonomy of art. Collectively, these complaints have generated an anti-aesthetic stance prevalent in the contemporary art world. Yet if we examine the motivations for these critiques, Michael Kelly argues, we find 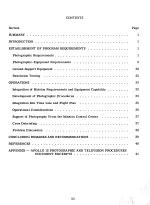 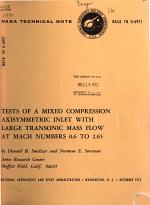