A disaffected German comes of age and sets out on a lifelong journey to discover himself through sex, drugs and, ultimately, spirituality in Mitze’s novel. Walter Herzog was born in a small town outside of Frankfurt to an emotionally detached mother and a Nazi-sympathizing stepfather at the tail end of World War II. Teenage Walter and his pals come to school drunk and oversexed; eventually, they skip classes altogether to make out with girls and earn drinking money. Over the years, restless Walter finds himself loving numerous women. He gets drafted into the German military and relinquishes his service by claiming pacifism. Later, he discovers marijuana and finally settles with a beautiful girl, Hilde. But a stable relationship isn’t enough to stave off Walter’s mounting depression and intense desire to find meaning. When he and a friend visit the United States in the late 1960s, he falls in love with an unlikely place—Oklahoma City—where he encounters psychedelic drugs. He moves there with Hilde to open a restaurant, before returning to Frankfurt, addicted to psychedelics. One summer, while living with Hilde at his parents’ home in Germany, Walter has an epiphany: “People he knew or heard of had gone to the East…and seemed different when they returned.” So he and Hilde bus through Budapest, Athens, Turkey and the Middle East to India, where Walter marvels over “how people survived their daily struggle in apparent chaos under harsh conditions.” Later, on a depressive whim, he also visits the Far East, briefly living in a commune and practicing meditation to help him come to terms with his new life as a father and published author. The bulk of Walter’s life, roughly 50 years, is relayed largely through exposition, resulting in dry prose that rarely slows to capture the intense emotions of, for example, Walter’s first sexual encounter or his decision to visit India. Regardless, the book’s dozens of concise chapters, characters and exotic locales—not to mention Walter’s spontaneity—make for a profoundly engaging and unpredictable plot. In Walter, Mitze has created a counterculture-era Siddhartha, a nomadic soul who discovers unexpected meaning in home, friendship and rock ’n’ roll. A picaresque tale of personal conviction and compassion. 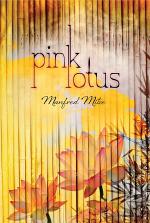 Authors: MANFRED MITZE
Categories:
A disaffected German comes of age and sets out on a lifelong journey to discover himself through sex, drugs and, ultimately, spirituality in Mitze’s novel. Walter Herzog was born in a small town outside of Frankfurt to an emotionally detached mother and a Nazi-sympathizing stepfather at the tail end of 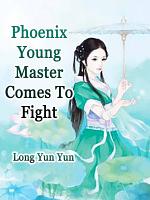 Authors: Long YunYun
Categories: Fiction
In his previous life, he fought alone against the dark heroes, and in the end, they perished together. However, because of too much unwillingness, he was reborn. In this life, she had grasped many profound mysteries. She had calculated everything according to the rules, turned the world around, defeated all 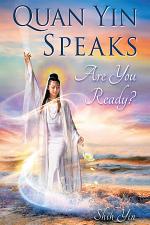 Authors: Shih Yin
Categories: Body, Mind & Spirit
NEW AGE/SPIRIUTALITY In this book, Quan Yin, through Shih Yin explains in simple understandable terms what this spiritual journey has been all about. It explains how we as spiritual volunteers descended into this three dimensional denseness while forgetting our connection to Divine Spirit. Upon this Earth we experience the effects 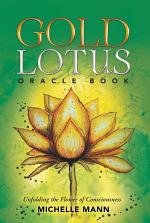 Authors: Michelle Mann
Categories: Body, Mind & Spirit
After the loss of her husband, Michelle Mann went searching for meaning and found the tarot. In London specifically, she began discovering the answers she so soundly sought and eventually created Gold Lotus. The Gold Lotus Oracle Deck is multifaceted in that the deck can be used alone for guidance, 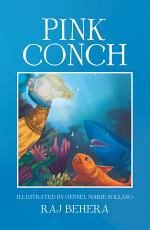 Authors: Raj Behera
Categories: Body, Mind & Spirit
This book will describe in four parts the waves of the east, west, north, and south. It will define two characters of fish from the Bay Area, who sought for an adventure from the Pacific Rim to the Indian Ocean. The main objective was to find the queen conch, or