The author of In Putin’s Footsteps chronicles a deadly trek through the icy Russian region known for gulags and isolation. In a custom-built boat, Jeffrey Tayler travels some 2,400 miles down the Lena River from near Lake Baikal to high above the Arctic Circle, recreating a journey first made by Cossack forces more than three hundred years ago. He is searching for primeval beauty and a respite from the corruption, violence, and self-destructive urges that typify modern Russian culture, but instead he finds the roots of that culture—in Cossack villages unchanged for centuries, in Soviet outposts full of listless drunks, in stark ruins of the gulag, and in grand forests hundreds of miles from the nearest hamlet. That’s how far Tayler is from help when he realizes that his guide, Vadim, a burly Soviet army veteran embittered by his experiences in Afghanistan, detests all humanity, including Tayler. Yet he needs Vadim’s superb skills if he is to survive a voyage that quickly turns hellish. They must navigate roiling whitewater in howling storms, eschewing life jackets because, as Vadim explains, the frigid water would kill them before they could swim to shore. Though Tayler has trekked by camel through the Sahara and canoed down the Congo during the revolt against Mobutu, he has never felt so threatened as he does now. Praise for River of No Reprieve “This is a fiercely evocative account of an astonishing journey, wrenched out of near-disaster.” —Colin Thubron, author of In Siberia and The Lost Heart of Asia “Nonfiction adventure at its best. A page-turner from cover to cover.” —Adventure Journey “Reads like a Dantean tour of purgatory, providing a gloomily beautiful glimpse of nature—and humanity—at its bleakest edges.” —Men’s Journal 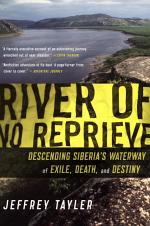 River of No Reprieve

Authors: Jeffrey Tayler
Categories: Biography & Autobiography
The author of In Putin’s Footsteps chronicles a deadly trek through the icy Russian region known for gulags and isolation. In a custom-built boat, Jeffrey Tayler travels some 2,400 miles down the Lena River from near Lake Baikal to high above the Arctic Circle, recreating a journey first made by 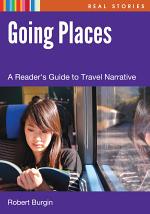 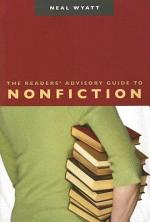 The Readers' Advisory Guide to Nonfiction 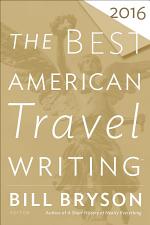 Authors: Bill Bryson
Categories: Travel
This collection gathers the best travel essays from The New Yorker, Harpers, GQ and more—featuring Paul Theroux, Alice Gregory, Dave Eggers and others. Why do I travel? Why does anyone of us travel? Bill Bryson poses these questions in his introduction to The Best American Travel Writing 2016, and though 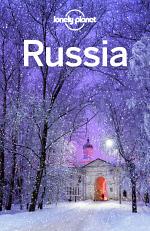 Authors: Lonely Planet, Simon Richmond, Mark Baker, Marc Bennetts, Stuart Butler, Trent Holden, Tom Masters, Kate Morgan, Leonid Ragozin, Regis St Louis, Mara Vorhees, Ali Lemer, Tatyana Leonov
Categories: Travel
Lonely Planet's Russia is your most up-to-date advice on what to see and skip, and what hidden discoveries await you. Brush up on your Soviet history in Moscow and St Petersburg, explore European Russia and its gingerbread cottages and golden domes, or lose yourself in the wilds of Siberia and