This landmark volume of correspondence by the great Objectivist poet Charles Reznikoff (1894-1976) sheds light not only on the difficulties of a dedicated artist trying to keep afloat in a materialistic society, but on the relation of poetry to a wider culture during an eventful and turbulent period of modern history. Most of the letters here date from the 1920s and 1930s, when the young Reznikoff, an N.Y.U. law school graduate employed sporadically as an editor of legal encyclopedias and as a travelling salesman for his parents' millinery business, devotes his heart and soul to his writing -- turning out poems, plays, short stories and novels which, for want of commercial takers, he himself publishes in small editions. Letters to magazine editors like Henry Hurwitz of The Menorah Journal (the main forum for Reznikoff's early poetry and prose) and Harriet Monroe of Poetry (a 1931 issue, guest-edited by Reznikoff's friend Louis Zukofsky, launched his verse on a wider public) show the poet's meticulous attention to craft and revision. At the center of this volume are many intensely personal and revealing letters to the writer, teacher and Zionist activist Marie Syrkin, who in 1930 became Reznikoff's wife. During their courtship, Charles sends Marie drafts of poems along with declarations of love, somewhat uneasily confronting the problem of being a provider on a poet's income: "I expect my love for you to feed my work -- and my love for my work to feed you". Another major correspondent is a lifetime Reznikoff friend, the film producer, director and writer Albert Lewin, who for a time in the Thirties hired the poet as an editorial assistant. Initially intrigued by Hollywood's"Arabian nightish" lifestyle, Reznikoff dispatches lively reports on studio gossip to Marie back in New York. Before long, however, he is finding the celluloid business "degrading", urging Lewin to give up movies to write, and then taking his own advice. To his friend he confides his poetic "credo": "The vertical' is the moment, the as / is; if possible from the top of the sky to the bottom of the earth. For that my instrument is the poem, -- and, of course I rarely succeed. But I try to write some verse every day..". 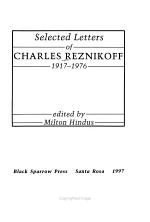 Authors: Charles Reznikoff
Categories: Biography & Autobiography
This landmark volume of correspondence by the great Objectivist poet Charles Reznikoff (1894-1976) sheds light not only on the difficulties of a dedicated artist trying to keep afloat in a materialistic society, but on the relation of poetry to a wider culture during an eventful and turbulent period of modern 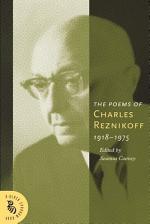 The Poems of Charles Reznikoff 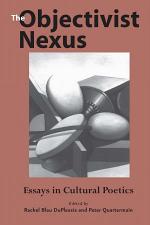 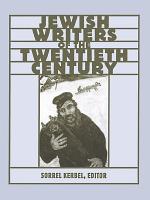 The Routledge Encyclopedia of Jewish Writers of the Twentieth Century

Authors: Sorrel Kerbel
Categories: History
Now available in paperback for the first time, Jewish Writers of the Twentieth Century is both a comprehensive reference resource and a springboard for further study. This volume: examines canonical Jewish writers, less well-known authors of Yiddish and Hebrew, and emerging Israeli writers includes entries on figures as diverse as 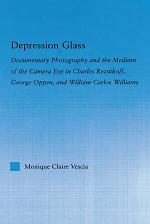