While the first few films about space travel-primarily those by George Pal- were relatively serious and full of good intentions to get it right, the prime sources of inspiration for most of the films of the 1950s and early '60s-the first sci-fi boom-were not so much austere scientific journals and speculative studies, but rather the mad, bad pulp magazines of the 1930s, '40s, and '50s. These glorious mind-meddlers had already inspired movie serials and comic books of the same period, from Republic, Columbia, and Universal in the movie houses to EC, DC, and Atlas (later Marvel) on the newsstands. Feature films followed much the same pattern, and so, well-meaning trying-to-be-intelligent fare like Destination: Moon and Conquest of Space gradually gave way to more brainless frolics such as Cat-Women of the Moon and The Angry Red Planet. But there was room for both, and a market for both. This book looks in detail at space travel films of the '50s in chronological order, from the relatively sober but hilariously dated Destination: Moon and Rocketship X-M to the B-movie insanity of Cat Women of the Moon and Queen of Outer Space. Along the way, we'll take a Flight to Mars, see what happens When Worlds Collide, visit the Forbidden Planet, find out what so aggravated The Angry Red Planet, and witness humankind's Conquest of Space. The book also includes the lowbrow parodies of Abbott And Costello and the Three Stooges, the less disreputable Trek-like World Without End and It, the Terror from Beyond Space, the film that inspired the Alien and Predator genre. Plus Missile to the Moon, The Phantom Planet, and 1964's First Men in the Moon. Also includes a brief cover gallery of books and magazines of the era, and a photo feature of space travel on TV during that period. Not bad for the price of a couple of magazines! Jon Abbott has been writing about film and television professionally for nearly forty years. He has contributed to most of the major sci-fi magazines in that time. He is the author of numerous books on popular culture, including the highly regarded Cool TV series. He currently writes for Infinity magazine. In the previous three titles in this series, which can be enjoyed individually or as a set, we looked at the creatures who came here... or who were already here and got defrosted, mutated, or irradiated! This final volume deals with our efforts to Go There... So brace yourself, buckle up, ray guns at the ready, fish bowls on your heads, and don't forget to take a packet of three for all those delightful space babes you're going to encounter in this, the fourth and final of our studies of 1950s sci-fi movies...

Authors: Jon Abbott
Categories:
While the first few films about space travel-primarily those by George Pal- were relatively serious and full of good intentions to get it right, the prime sources of inspiration for most of the films of the 1950s and early '60s-the first sci-fi boom-were not so much austere scientific journals and 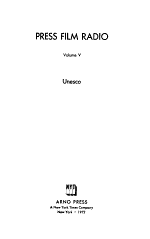 Reports on the Facilities of Mass Communication, Press, Film, Radio 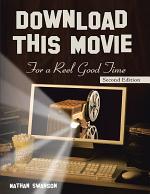 Download This Movie for a Reel Good Time: Second Edition

Authors: Nathan Swanson
Categories: Performing Arts
Download This Movie for a Reel Good Time references the true-life facts of what went on behind the camera during the production of 70 films, spanning the years 1933-1992. First published in 2010, the updated 2018 edition includes an additional 30 films with capsule recommendations, spanning the years 1927-2005. Readers 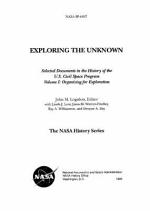 Exploring the Unknown: Organizing for exploration