The FBI’s chief hostage negotiator recounts harrowing standoffs, including the Waco siege with David Koresh and the Branch Davidians, in a memoir that inspired the miniseries Waco, now on Netflix. In Stalling for Time, the FBI’s chief hostage negotiator takes readers on a harrowing tour through many of the most famous hostage crises in the history of the modern FBI, including the siege at Waco, the Montana Freemen standoff, and the D.C. sniper attacks. Having helped develop the FBI’s nonviolent communication techniques for achieving peaceful outcomes in tense situations, Gary Noesner offers a candid, fascinating look back at his years as an innovator in the ranks of the Bureau and a pioneer on the front lines. Whether vividly recounting showdowns with the radical Republic of Texas militia or clashes with colleagues and superiors that expose the internal politics of America’s premier law enforcement agency, Stalling for Time crackles with insight and breathtaking suspense. Case by case, minute by minute, it’s a behind-the-scenes view of a visionary crime fighter in action. Praise for Stalling for Time “Riveting . . . the most in-depth and absorbing section is devoted to the 1993 siege near Waco, Texas.”—The Washington Post “Captivating . . . an electrifying read . . . No Hollywood movie can top this story for thrills, suspense, or action.”—New York Journal of Books “Certain to fascinate true crime readers . . . The compelling centerpiece of the book is Noesner’s analysis of ‘what went wrong at Waco’ with the Branch Davidians.”—Publishers Weekly “An intense, immersive narrative . . . vicariously entertaining.”—Kirkus Reviews “Engrossing . . . The book is also an intimate history of contemporary American militia movements.”—New Republic 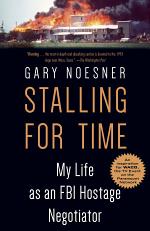 Authors: Gary Noesner
Categories: Biography & Autobiography
The FBI’s chief hostage negotiator recounts harrowing standoffs, including the Waco siege with David Koresh and the Branch Davidians, in a memoir that inspired the miniseries Waco, now on Netflix. In Stalling for Time, the FBI’s chief hostage negotiator takes readers on a harrowing tour through many of the most 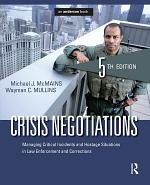 Authors: Michael McMains, Wayman C. Mullins
Categories: Biography & Autobiography
Leading authorities on negotiations present the result of years of research, application, testing and experimentation, and practical experience. Principles and applications from numerous disciplines are combined to create a conceptual framework for the hostage negotiator. Ideas and concepts are explained so that the practicing negotiator can apply the principles outlined. 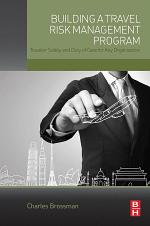 Authors: Charles Brossman
Categories: Business & Economics
Building a Travel Risk Management Program: Traveler Safety and Duty of Care for Any Organization helps business and security professionals effectively manage traveler risk by showing them how to build a complete travel risk program. While global corporate travel risks are increasing exponentially, many security and business managers are not 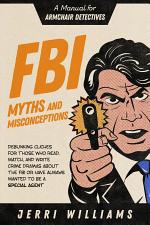 Authors: Jerri Williams
Categories: Law
How much do you really know about the FBI? Like most people, you’ve probably learned about the FBI from popular culture–reading books and watching TV shows and movies, along with, of course, the news. You might be surprised to learn that a lot of what you’ve been reading and watching 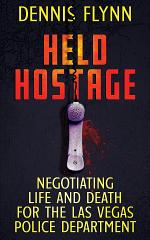 Authors: Dennis Flynn
Categories: Biography & Autobiography
This “riveting true life account” goes inside the life-or-death world of a Las Vegas police crisis negotiator: “a must read" (Gary W. Noesner, Chief, FBI Crisis Negotiation Unit, author of Stalling For Time). What do you say to prevent someone from committing “suicide-by-cop”? How do you talk someone down when