"Sulphuric Utopias presents the comprehensive history of fumigation in early-twentieth-century global health. It tells the story of a technology that transformed global practices of maritime quarantine through the combination of chemical and engineering innovation. Fumigation combined chemical and industrial engineering so as to apply gases like sulphur dioxide and sulphuric acid to the task of eliminating pathogens, insects, and rats while leaving goods and the structure of the vessel itself unharmed. Its purpose was to shorten detention times of ships and cargo in quarantine stations, to minimize the risk of importing infectious diseases, such as yellow fever and plague, and to establish universally applicable standards of hygiene in maritime trade. Sulphuric Utopias explores this overlooked but historically crucial practice at the intersection of epidemiology, hygiene, applied chemistry and engineering. Focused on the invention, experimentation, and transformation of competing technologies, it posits maritime fumigation at the pivot of the emergence of visions and practices of modern sanitary globalization. The book unpacks this story around a machine, developed and patented in the disease-ridden swamps of 1890s New Orleans: the Clayton apparatus. A simple furnace, attached to a ventilator, the Clayton could exchange the air of enclosed compartments with SO2. Initially emerging as a response to the threat of yellow fever in the American South, the apparatus quickly assumed a global role in the context of the third plague pandemic (1894-1959). By 1905, the apparatus would be installed in ports across the globe, pioneering the emerging paradigm of complete maritime deratization and disinfection. As the book shows, however, far from claiming a monopoly on maritime fumigation, the global distribution of the Clayton unfolded within the context of a persistent competition with other innovative technologies of fumigation. The book explores the complex international landscape of fumigation experiments, trials, applications and conferences at the turn of the twentieth century. It shows how, for the first time, an international community of researchers, epidemiologists and sanitarians deliberated a scientifically sound mode of fumigation, that would kill pathogens as much as insects and rats. Sulphuric Utopias is focused on the invention, contestation, transformation, and eventual overcoming of the Clayton apparatus. The book thus draws the history of a process that was, for the first time, based on a combination of scientific principles and industrial design, leading both to more efficient epidemic control in the context of pandemic crises and to the standardization of maritime sanitary rules and conditions. At the same time, the global project for maritime fumigation fueled hygienic utopian visions of disease-free trade, liberated from the burden of quarantine and infection alike. In this sense, the book will locate the Clayton in the context of early economic globalization and transnational scientific collaboration to show how maritime fumigation worked as a powerful switch between bacteriological science, industrial prophylaxis, and the spectacle of technological triumph over epidemic threats"--

Authors: Lukas Engelmann, Christos Lynteris
Categories: Chemical apparatus
"Sulphuric Utopias presents the comprehensive history of fumigation in early-twentieth-century global health. It tells the story of a technology that transformed global practices of maritime quarantine through the combination of chemical and engineering innovation. Fumigation combined chemical and industrial engineering so as to apply gases like sulphur dioxide and sulphuric 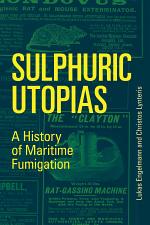 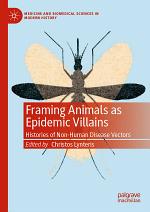 Authors: Christos Lynteris
Categories: History
This book takes a historical and anthropological approach to understanding how non-human hosts and vectors of diseases are understood, at a time when emerging infectious diseases are one of the central concerns of global health. The volume critically examines the ways in which animals have come to be framed as 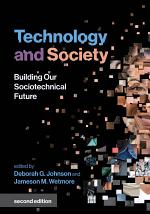 Authors: Deborah G. Johnson, Jameson M. Wetmore
Categories: Technological innovations
"Anthology of thinkers ranging from Freeman Dyson to Bruno Latour focused on the interconnections of technology, society, and values and how these may affect the future"-- 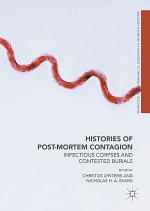 Authors: Christos Lynteris, Nicholas H A Evans
Categories: Science
This edited volume draws historians and anthropologists together to explore the contested worlds of epidemic corpses and their disposal. Why are burials so frequently at the center of disagreement, recrimination and protest during epidemics? Why are the human corpses produced in the course of infectious disease outbreaks seen as dangerous,