This monograph contributes to the scientific misconduct debate from an oblique perspective, by analysing seven novels devoted to this issue, namely: Arrowsmith by Sinclair Lewis (1925), The affair by C.P. Snow (1960), Cantor's Dilemma by Carl Djerassi (1989), Perlmann's Silence by Pascal Mercier (1995), Intuition by Allegra Goodman (2006), Solar by Ian McEwan (2010) and Derailment by Diederik Stapel (2012). Scientific misconduct, i.e. fabrication, falsification, plagiarism, but also other questionable research practices, have become a focus of concern for academic communities worldwide, but also for managers, funders and publishers of research. The aforementioned novels offer intriguing windows into integrity challenges emerging in contemporary research practices. They are analysed from a continental philosophical perspective, providing a stage where various voices, positions and modes of discourse are mutually exposed to one another, so that they critically address and question one another. They force us to start from the admission that we do not really know what misconduct is. Subsequently, by providing case histories of misconduct, they address integrity challenges not only in terms of individual deviance but also in terms of systemic crisis, due to current transformations in the ways in which knowledge is produced. Rather than functioning as moral vignettes, the author argues that misconduct novels challenge us to reconsider some of the basic conceptual building blocks of integrity discourse. This work was published by Saint Philip Street Press pursuant to a Creative Commons license permitting commercial use. All rights not granted by the work's license are retained by the author or authors. 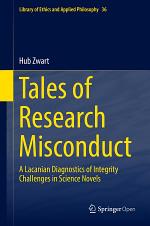 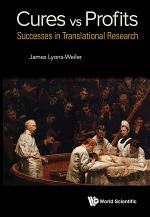 Authors: James Lyons-Weiler
Categories: Medical
Did you ever wonder whether doctors want cures, or just treatments? Did you know ... Grapefruit can interact with over 100 drugs, but it may be useful for reducing blood pressure and for weight loss?ADHD over diagnosis is now recognized widely as a fact, and there are existing — and 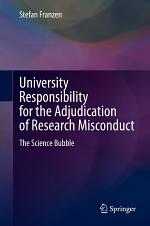 University Responsibility for the Adjudication of Research Misconduct