From Rabelais's celebration of wine to Proust's madeleine and Virginia Woolf's boeuf en daube in To the Lighthouse, food has figured prominently in world literature. But perhaps nowhere has it played such a vital role as in the Italian novel. In a book flowing with descriptions of recipes, ingredients, fragrances, country gardens, kitchens, dinner etiquette, and even hunger, Gian-Paolo Biasin examines food images in the modern Italian novel so as to unravel their function and meaning. As a sign for cultural values and social and economic relationships, food becomes a key to appreciating the textual richness of works such as Lampedusa's The Leopard, Manzoni's The Betrothed, Primo Levi's Survival in Auschwitz, and Calvino's Under the Jaguar Sun. The importance of the culinary sign in fiction, argues Biasin, is that it embodies the oral relationship between food and language while creating a sense of materiality. Food contributes powerfully to the reality of a text by making a fictional setting seem credible and coherent: a Lombard peasant eats polenta in The Betrothed, whereas a Sicilian prince offers a monumental macaroni timbale at a dinner in The Leopard. Similarly, Biasin shows how food is used by writers to connote the psychological traits of a character, to construct a story by making the protagonists meet during a meal, and even to call attention to the fictionality of the story with a metanarrative description. Drawing from anthropology, psychoanalysis, sociology, science, and philosophy, the author gives special attention to the metaphoric and symbolic meanings of food. Throughout he blends material culture with observations on thematics and narrativity to enlighten the reader who enjoys the pleasures of the text as much as those of the palate. Originally published in 1993. The Princeton Legacy Library uses the latest print-on-demand technology to again make available previously out-of-print books from the distinguished backlist of Princeton University Press. These editions preserve the original texts of these important books while presenting them in durable paperback and hardcover editions. The goal of the Princeton Legacy Library is to vastly increase access to the rich scholarly heritage found in the thousands of books published by Princeton University Press since its founding in 1905. 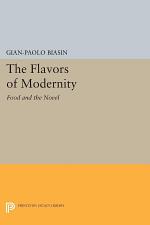 The Flavors of Modernity

Authors: Gian-Paolo Biasin
Categories: Literary Criticism
From Rabelais's celebration of wine to Proust's madeleine and Virginia Woolf's boeuf en daube in To the Lighthouse, food has figured prominently in world literature. But perhaps nowhere has it played such a vital role as in the Italian novel. In a book flowing with descriptions of recipes, ingredients, fragrances,
Language: en
Pages: 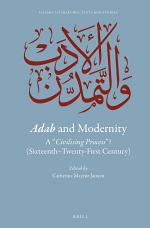 Authors: Cathérine Mayeur-Jaouen
Categories: Religion
Adab is a concept situated at the heart of Arabic and Islamic civilization. What became of it, towards modernity? The question of the civilising process (Norbert Elias) helps us reflect on this story. 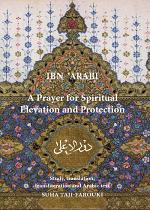 A Prayer for Spiritual Elevation and Protection

Authors: Muhyiddin Ibn 'Arabi
Categories: Religion
Widely used for centuries in Sufi circles, the prayer known as "The Most Elevated Cycle" (al-Dawr al-a'la) or "The Prayer of Protection" (Hizb al-wiqaya), written by the great Sufi master Muhyiddin Ibn ‘Arabi, has never before been available in English. This book provides a lucid English translation and an edited 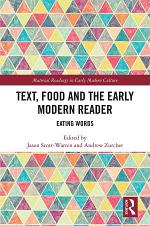 Authors: Jason Scott-Warren, Andrew Elder Zurcher
Categories: Literary Criticism
In early modern culture, eating and reading were entangled acts. Our dead metaphors (swallowed stories, overcooked narratives, digested information) are all that now remains of a rich interplay between text and food, in which every element of dining, from preparation to purgation, had its equivalent in the literary sphere. Following