The first decade of the new century has certainly been a busy one for diversity in Shakespearean performance and interpretation, yielding, for example, global, virtual, digital, interactive, televisual, and cinematic Shakespeares. In Locating Shakespeare in the Twenty-First Century, Gabrielle Malcolm and Kelli Marshall assess this active world of Shakespeare adaptation and commercialization as they consider both novel and traditional forms: from experimental presentations (in-person and online) and literal rewritings of the plays/playwright to televised and filmic Shakespeares. More specifically, contributors in Locating Shakespeare in the Twenty-First Century examine the BBC’s ShakespeaRE-Told series, Canada’s television program Slings and Arrows, the Mumbai-based film Maqbool, and graphic novels in Neil Gaiman’s Sandman series, as well as the future of adaptation, performance, digitization, and translation via such projects as National Theatre Live, the Victoria and Albert Museum’s Archive of Digital Performance, and the British Library’s online presentation of the complete Folios. Other authors consider the place of Shakespeare in the classroom, in the Kenneth Branagh canon, in Jewish revenge films (Quentin Tarantino’s included), in comic books, in Young Adult literature, and in episodes of the BBC’s popular sci-fi television program Doctor Who. Ultimately, this collection sheds light, at least partially, on where critics think Shakespeare is now and where he and his works might be going in the near future and long-term. One conclusion is certain: however far we progress into the new century, Shakespeare will be there. 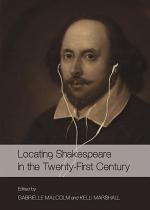 Locating Shakespeare in the Twenty-First Century 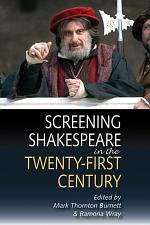 Screening Shakespeare in the Twenty-First Century

Authors: Mark Thornton Burnett
Categories: Literary Criticism
This bold new collection offers an innovative discussion of Shakespeare on screen after the millennium. Cutting-edge, and fully up-to-date, it surveys the rich field of Bardic film representations, from Michael Almereyda's Hamlet to the BBC 'Shakespea(Re)-Told' season, from Michael Radford's The Merchant of Venice to Peter Babakitis' Henry V. In 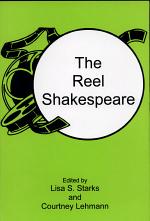 Authors: Lisa S. Starks, Courtney Lehmann
Categories: Drama
This collection models an approach to Shakespeare and cinema that is concerned with the other side of Shakespeare's Hollywood celebrity, taking the reader on a practical and theoretical tour through important, non-mainstream films and the oppositional messages they convey. The collection includes essays on early silent adaptations of 'Hamlet', Greenway's 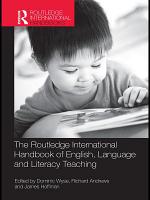 The Routledge International Handbook of English, Language and Literacy Teaching 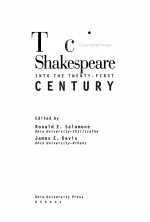 Teaching Shakespeare Into the Twenty-first Century

Authors: Ronald E. Salomone, James E. Davis
Categories: Education
Due to the influence of school boards, curriculum committees, and popular films, Shakespeare's plays are often taught in American schools. Yet students are often puzzled by or hostile towards the Bard's works. Thirty-two essays by those who have successfully taught Shakespeare at the middle school, high school, and college level