Captain Tory Sabin knows all too well the dangers of the anacapa drive, and that sometimes ships enter foldspace never to return. The ships simply disappear, taking their crews with them.Responding to a distress call from Captain Jonathan "Coop" Cooper, Sabin knows she must race against time to find him and his ship. Because although the Ivoire becomes the latest ship to enter foldspace and not return, she refuses to give up hope. She resolves to find the Ivoire. But her search for answers will lead to truths that will change her life forever.Winner of the Asimov's Readers Choice Award for best novella, The Application of Hope adds a rich layer to the complex story about foldspace and the anacapa technology that drives the Fleet."The Diving Universe, conceived by Hugo Award-winning author Kristine [Kathryn] Rusch is a refreshingly new and fleshed out realm of sci-fi action and adventure. And the latest offering...doesn't disappoint."0́4Dave Dickinson, Astroguyz on Skirmishes"A combination of first-person and third-person narrative and flashback segments makes this a complex and compelling story. It's like having three tales in one, with an added peek into the bad guys' activities, all of them intriguing, classic science fiction. It leaves the reader eager to explore this universe again and see what will happen next with these characters."0́4RT Book Reviews on Skirmishes"...there's wreck diving, space battling, and even a bit of romance here. Throw in plenty of suspense and several plot twists, and you have adventure SF in the old tradition."0́4Bill Crider's Pop Culture Magazine on Skirmishes"The latest Diving Universe science fiction (see City of Ruins, Diving Into The Wreck and Boneyards) is a fabulous outer space thriller that rotates perspective between the divers, the Alliance and to a lesser degree the Empire. Action-packed and filled with twists yet allowing the reader to understand the motives of the key players, Skirmishes is another intelligent exciting voyage into the Rusch Diving universe."0́4Midwest Book Review on SkirmishesUSA Today bestselling author Kristine Kathryn Rusch writes in almost every genre. Generally, she uses her real name (Rusch) for most of her writing. Under that name, she publishes bestselling science fiction and fantasy, award-winning mysteries, acclaimed mainstream fiction, controversial nonfiction, and the occasional romance. Her novels have made bestseller lists around the world and her short fiction has appeared in eighteen best of the year collections. She has won more than twenty-five awards for her fiction, including the Hugo, Le Prix Imaginales, the Asimov's Readers Choice award, and the Ellery Queen Mystery Magazine Readers Choice Award.To keep up with everything she does, go to kriswrites.com. To track her many pen names and series, see their individual websites. She lives and occasionally sleeps in Oregon.

The Application of Hope

Authors:
Categories:
Captain Tory Sabin knows all too well the dangers of the anacapa drive, and that sometimes ships enter foldspace never to return. The ships simply disappear, taking their crews with them.Responding to a distress call from Captain Jonathan "Coop" Cooper, Sabin knows she must race against time to find him

Authors: Tom Milne
Categories: Motion pictures
Authoritative criticism covering every area of world cinema: classic silents and thirties comedies, documentaries and the avant-garde, French or Japanese cinema as well as the Hollywood mainstream and the latest megaprocutions and B-movie horrors. Assessments of well over 10,000 movies, including full details of director, cast, alternative titles and release 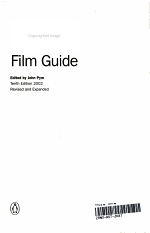 Authors: John Pym
Categories: Motion pictures
This guide covers every aspect of world cinema from Russian silents to Ealing comedies, classic documentaries to Japanese animated films, B-movie horror and major British and American releases since 1968. More than 660 new reviews are included in the 2002 edition, which covers the 2000/2001 Oscar and Bafta awards, prizes 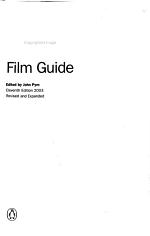