In this remarkable study of the Far Eastern War, Oliver Lindsay and John R Harris have provided the most thorough and searching enquiry into the debacle which led to over 12,000 British, Canadian, Indian and Chinese defenders surrendering Hong Kong on Christmas Day 1941. The authors have made use of a mass of unpublished material - part of it drawn from the original war diaries which have never before been in the public domain. Although it is over 60 years since Hong Kong was liberated from the Japanese, numerous important questions regarding the war in the East and occupation of the Colony from 1941 to 1945 have not been explored until now. To what extent, for example, were Churchill and the successive Chiefs of the Imperial General Staff responsible for abandoning this outpost, which could not be reinforced when attacked or defended adequately? Is it true that fine leadership prolonged the fighting, inflicting serious casualties on the highly experienced Japanese when they struck in 1941? How useful was Britain's spying organization in China, which led to catastrophic repercussions for the POWs and Internees? What form did the Japanese atrocities take upon the helpless captives? This detailed and authoritative account of the campaign will provide a particularly compelling read for those interested in the Second World War or the history of the Far East. 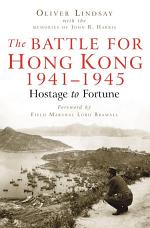 Authors: Oliver Lindsay
Categories: History
In this remarkable study of the Far Eastern War, Oliver Lindsay and John R Harris have provided the most thorough and searching enquiry into the debacle which led to over 12,000 British, Canadian, Indian and Chinese defenders surrendering Hong Kong on Christmas Day 1941. The authors have made use of 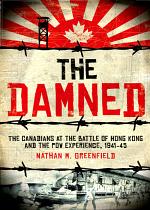 Authors: Nathan M. Greenfield
Categories: History
The Damned tells the largely unknown saga of Canada’s first land battle of the Second World War—fought in the hills and valleys of Hong Kong in December 1941—and the terrible years the survivors of the battle spent as slave labourers for the Empire of Japan. Their story begins in the

Authors: Benjamin Lai
Categories: History
On 8th December 1941, as part of the simultaneous combine attack against Pearl Harbor, the Imperial Japanese Army (IJA) invaded the Philippines, Thailand and Malaysia and the British colony of Hong Kong. After only 18 days of battle the defenders, a weak, undermanned brigade was overwhelmed by a superior force 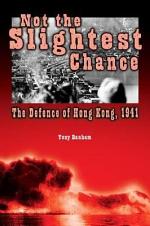 Not the Slightest Chance

Authors: Tony Banham
Categories: History
This book represents the first attempt to piece together all existing accounts of the December 1941 Battle of Hong Kong and the fighting between the Garrison and the invading Japanese. Banham makes use of the Garrison's small size -- only 14,000 soldiers -- to weave a historical account from the 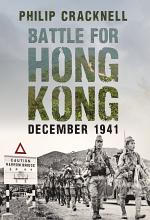 Authors: Philip Cracknell
Categories: History
25 December 1941 is known to this day by the people of Hong Kong as ‘Black Christmas’. The battle for Hong Kong is a story that deserves to be better known.