From award-winning ABC News Chief National Correspondent Matt Gutman, and written using exclusive interviews and information comes the definitive account of the dramatic story that gripped the world: the miracle rescue of twelve boys and their soccer coach trapped in a flooded cave miles underground for nearly three weeks—a pulse-pounding page-turner by a reporter who was there every step of their journey out. After a practice in June 2018, a Thai soccer coach took a dozen of his young players to explore a famous but flood-prone cave. It was one of the boys’ birthday, but neither he nor the dozen resurfaced. Worried parents and rescuers flocked to the mouth of a cave that seemed to have swallowed the boys without a trace. Ranging in age from eleven to sixteen, the boys were all members of the Wild Boars soccer team. When water unexpectedly inundated the cave, blocking their escape, they retreated deeper inside, taking shelter in a side cavern. While the world feared them dead, the thirteen young souls survived by licking the condensation off the cave’s walls, meditating, and huddling together for warmth. In this thrilling account, ABC News Chief National Correspondent Matt Gutman recounts this amazing story in depth and from every angle, exploring their time in the cave, the failed plans and human mistakes that nearly doomed them, and the daring mission that ultimately saved them. Gutman introduces the elite team of volunteer divers who risked death to execute a plan so risky that its American planners admitted, “for us, success would have meant getting just one boy out alive.” He takes you inside the meetings where life and death decisions were grimly made and describes how these heroes pulled off an improbable rescue under immense pressure, with the boys’ desperate parents and the entire world watching. One of the largest rescues in history was in doubt until the very last moment. Matt Gutman covered the story intensively, went deep inside the caves himself, and interviewed dozens of rescuers, experts and eye-witnessed around the world. The result is this pulse-pounding page-turner that vividly recreates this extraordinary event in all its intensity—and documents the ingenuity and sacrifice it took to succeed.

The Boys in the Cave 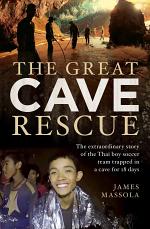 Authors: James Massola
Categories: Biography & Autobiography
Keen to go exploring after soccer practice, the boys of the Wild Boars soccer team ignored the sign at the cave entrance warning visitors not to enter during the monsoon season. What followed was a high-stakes international mission that very nearly didn't succeed. The ordeal riveted millions around the world. 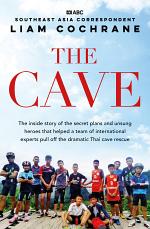 Authors: Liam Cochrane
Categories: Biography & Autobiography
Twelve lost boys, their coach, and the heroes who rescued them. When the 12 young members of the Wild Boars soccer club walked into a Thai cave with their coach, they expected to be out by nightfall. A birthday cake waited in the fridge for one boy, another boy had 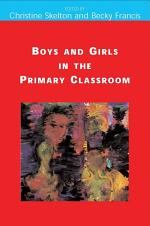 EBOOK: Boys and Girls in the Primary Classroom

Authors: Christine Skelton, Becky Francis
Categories: Education
This book illustrates how gender equity (and inequality) occurs in primary classrooms. It uses the findings of current research to provide teachers with recommendations for promoting equity amongst boys and girls. 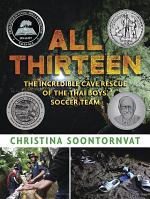 All Thirteen: The Incredible Cave Rescue of the Thai Boys' Soccer Team

Authors: Christina Soontornvat
Categories: Juvenile Nonfiction
A unique account of the amazing Thai cave rescue told in a heart-racing, you-are-there style that blends suspense, science, and cultural insight. On June 23, 2018, twelve young players of the Wild Boars soccer team and their coach enter a cave in northern Thailand seeking an afternoon’s adventure. But when