Many observers greeted the Second Vatican Council (1962-65) as the most important religious event in the twentieth century. Its implementation and impact are still being felt in the Catholic Church, the wider Christian world, and beyond. One sea change that Vatican II brought concerned Roman Catholic attitudes towards Judaism, Islam, and other religions. Gerald O'Collins breaks fresh ground by examining in detail five documents from the Council which embodied a new mindset about other religious faiths and mandated changes that quickly led to international and national dialogues between the Catholic Church and the followers of non-Christian religions. The book also includes chapters on the insights that prepared the way for the rethinking expressed by Vatican II, and on the follow-up to the Council's teaching found in the work of Pope John Paul II and Jacques Dupuis. O'Collins ably illustrates how the Council made a startling advance in official Catholic teaching about followers of other living faiths. Carefully researched, the book is written in the clear, accessible style that readers of previous works by O'Collins will recognize. 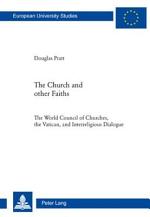 The Church and Other Faiths

Authors: Douglas Pratt
Categories: Religion
This book investigates the coming-to-be, principal features and theological outcomes of interreligious dialogue as an activity of the World Council of Churches (WCC) and the Roman Catholic Church (Vatican). The embrace of dialogical engagement represents a dramatic departure from almost two millennia of hostile Christian regard toward other faiths. The 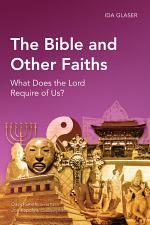 The Bible and Other Faiths

Authors: Ida Glaser
Categories: Religion
In today's world, when Christians think about other religions, numerous questions and issues arise - and their convictions about Christ and about other religions can have a significant influence on their understanding of how God relates to people, and what their own conduct towards them should be. From her wealth 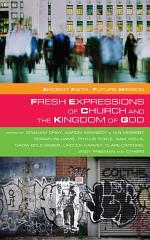 Fresh Expressions of Church and the Kingdom of God

Authors: Ian Mobsby
Categories: Religion
This important book poses a challenging question: what are the aims of mission and are they being achieved through Fresh Expressions? A range of contributors argue that mission is equally about social transformation or, in biblical terms, building the kingdom of God, as well as building the church. 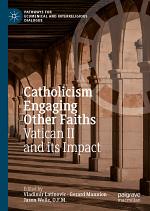 Authors: Vladimir Latinovic, Gerard Mannion, Jason Welle, O.F.M.
Categories: Religion
This book assesses how Vatican II opened up the Catholic Church to encounter, dialogue, and engagement with other world religions. Opening with a contribution from the President of the Pontifical Council for Interreligious Dialogue, Cardinal Jean-Louis Tauran, it next explores the impact, relevance, and promise of the Declaration Nostra Aetate 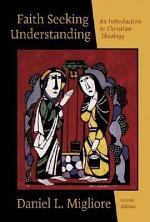 Authors: Daniel L. Migliore
Categories: Religion
Daniel Migliore's Faith Seeking Understanding has been a standard introduction to Christian theology for more than a decade. The book's presentation of traditional doctrine in freshly contemporary ways, its concern to hear and critically engage new voices in theology, and its creative and accessible style have kept it one of