The international bestselling godfather of Nordic Noir takes on one of the most horrific periods of modern history, in a stunning standalone thriller ... NUMBER ONE BESTSELLER ‘The Courier is a stylish stand-alone thriller from the godfather of Scandi noir ... Ola Dahl ratchets up the tension from the first pages and never lets go’ The Times ‘Cleverly braiding together past and present, the who and why of murder and betrayal are unpicked. The detail is impressive’ Daily Mail In 1942, Jewish courier Ester is betrayed, narrowly avoiding arrest by the Gestapo. In a great haste, she escapes to Sweden, saving herself. Her family in Oslo, however, is deported to Auschwitz. In Stockholm, Ester meets the resistance hero, Gerhard Falkum, who has left his little daughter and fled both the Germans and allegations that he murdered his wife, Åse, who helped Ester get to Sweden. Their burgeoning relationship ends abruptly when Falkum dies in a fire. And yet, twenty-five years later, Falkum shows up in Oslo. He wants to reconnect with his daughter. But where has he been, and what is the real reason for his return? Ester stumbles across information that forces her to look closely at her past, and to revisit her war-time training to stay alive... Written with Dahl's trademark characterization and elegant plotting, The Courier sees the hugely respected godfather of Nordic Noir at his best, as he takes on one of the most horrific periods of modern history, in an exceptional, shocking thriller. ‘Absorbing, heart-rending and perfectly plotted. Kjell Ola Dahl’s The Courier passes seamlessly from the present to the dark past of WWII. Fabulous!’ Denzil Meyrick ‘Skilfully juggling three Oslo timelines — in 1942, 1967 and 2015 — Dahl starts his story with Germany’s occupation of Norway and the work of those who tried to resist, then brings his characters forward to a post-war unravelling of what really happened in those dangerous days — and the traumatic rewriting of personal stories’ The Times Crime Club ‘The Courier is very good on the socio-political situation of the time, the relationship between Norway and neutral neighbour Sweden. This is a gritty but ultimately uplifting story. Superbly translated by Don Bartlett’ NB Magazine ‘A fascinating, intricate, provocative read, set in motion by events in 1942, and brilliantly highlighting human need and emotions ... ‘The Courier’ sent a shiver coursing through me, it is a truly eloquent and rewarding tale, and oh that ending!’ LoveReading ‘Written with Dahl’s trademark characterisation and clever plotting, The Courier sees one of Norway’s most critically acclaimed authors at his best ... This stunning and compelling wartime thriller is reminiscent of the writing of John Le Carré and William Boyd’ New Books Magazine ‘Utterly convincing’ Publishers Weekly ‘Kjell Ola Dahl’s novels are superb. If you haven’t read one, you need to – right now’ William Ryan ‘More than gripping’ European Literature Network ‘The perfect example of why Nordic Noir has become such a popular genre’ Reader’s Digest ‘It all comes together, of course, in the kind of masterful, detailed plotting that Dahl is known for ... the power of The Courier is how Dahl has given a complex, human face to such an inhuman tragedy’ Crime Fiction Lover ‘Atmospheric thriller with lots of great twists and loved the scandi wartime story in particular. Gripping will be recommending to readers’ Edgy Books 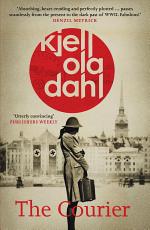 Authors: Kjell Ola Dahl
Categories: Fiction
The international bestselling godfather of Nordic Noir takes on one of the most horrific periods of modern history, in a stunning standalone thriller ... NUMBER ONE BESTSELLER ‘The Courier is a stylish stand-alone thriller from the godfather of Scandi noir ... Ola Dahl ratchets up the tension from the first

Authors: Ralph Tedesco
Categories: Fiction
In 2033 less than 1% of the population survived a devastating pandemic virus. Half of those who lived were immune while half of the survivors mutated into something disturbingly subhuman. Now decades later, the world has rebuilt in many ways but has become something else entirely. Strongholds of human survivors 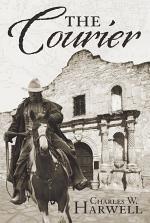 Authors: Charles W. Harwell
Categories: Fiction
Andrew Jackson Sowell was a civilian courier for Colonel William B. Travis, commandant of the Alamo. While a student at Trinity University in San Antonio, I discovered a plaque in the Alamo upon which Sowell was memorialized. More than fifty years later, I chose Sowell to be the central character 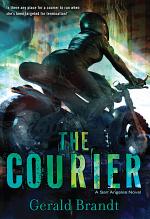 Authors: Gerald Brandt
Categories: Fiction
The first installment in the San Angeles trilogy, a thrilling near-future cyberpunk sci-fi series Kris Ballard is a motorcycle courier. A nobody. Level 2 trash in a multi-level city that stretches from San Francisco to the Mexican border—a land where corporations make all the rules. A runaway since the age 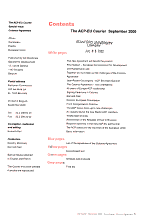